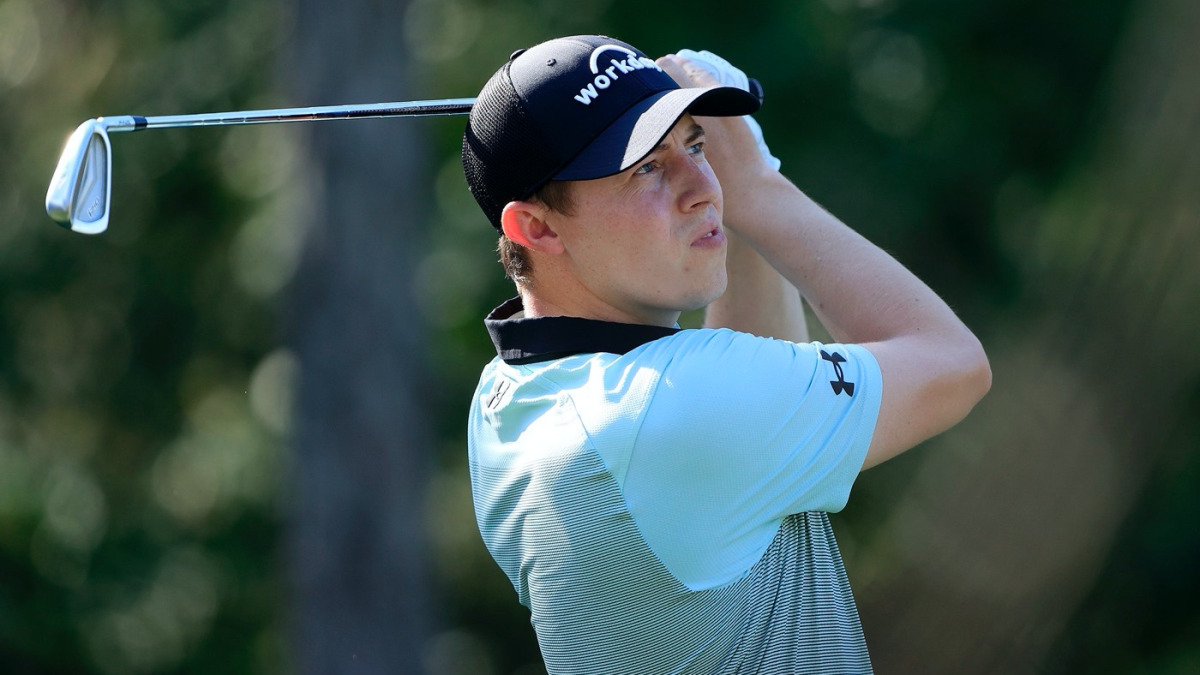 Webb Simpson and Matthew Fitzpatrick of England seemed to figure out the subtleties of Concession Golf Club quickly.

The ninth-seeded Simpson and Fitzpatrick (pictured) posted 6-under-par 66s to share the first round lead by one stroke in the WGC-Workday Championship at Concession in Bradenton, Fla.

Most of the 72 players in the field did not see the course at Concession until this week as the tournament was moved from Mexico because of Covid-19 restrictions.

“It’s a challenge and I like the course, it makes this feel like a major,” said Simpson, who has won seven times on the PGA Tour, including the 2012 U.S. Open at the Olympic Club in San Francisco. “I played nine holes on Tuesday, the first time I saw the course, and nine holes on Wednesday.

“Today I was still learning the course and probably will be tomorrow and every day, but guys out here can learn new courses pretty quickly. I drove the ball well, for the most part, and made some putts. Mainly, I just stayed out of trouble.”

Simpson collected seven birdies, including three in a row through the 17th hole, against a single bogey at No. 5.

Fitzpatrick, who has won six times on the European Tour but is seeking his first victory on the PGA Tour, sank a 37-putt on the sixth hole for one of his six birdies while finishing on the front nine in a bogey-free 66.

“I feel like I played well, even though the golf course is a lot different than the one we played last week,” said Fitzpatrick, who tied for fifth on Sunday in the Genesis Invitational at Riviera Country Club in Pacific Palisades near Los Angeles. “I hit some shots close and made some putts.

“The greens are a lot bigger here, but the pins were tucked in tight spaces on several holes, so you had to think about where you wanted to hit the ball to find the right slopes. Sometimes, you have to just hit to the fat part of the greens.

“I just have to do what I did today for the next three days.”

Former world No. 1 Brooks Koepka made six birdies and a bogey in a 67 and is tied for third with Billy Horschel, Sergio Garcia of Spain and Kevin Kisner.

Patrick Reed, who won this tournament last season in Mexico and also in 2014, birdied the last three holes for a 68 and is tied for seventh with second-ranked Jon Rahm of Spain, Tony Finau, Cameron Smith of Australia, Sungjae Im of South Korea and Wade Ormsby.

Eighth-ranked Rory McIlroy is tied for 13th at 69, while fifth-ranked Terrell Hatton of England totaled 70 and is in a tie for 19th that includes sixth-ranked Colin Morikawa of La Canada Flintridge and Cal.

Fourth-ranked Xander Schauffele of La Jolla and San Diego State is tied for 25th at 71, third-ranked Justin Thomas finished at 73 and is tied for 43rd, while top-ranked Dustin Johnson, who has won six WGC titles, and 10th-ranked Bryson DeChambeau of Clovis struggled to 77s and are tied for 64th.

Seventh-ranked Patrick Cantlay of Los Alamitos and UCLA was forced to withdraw because of an illness.