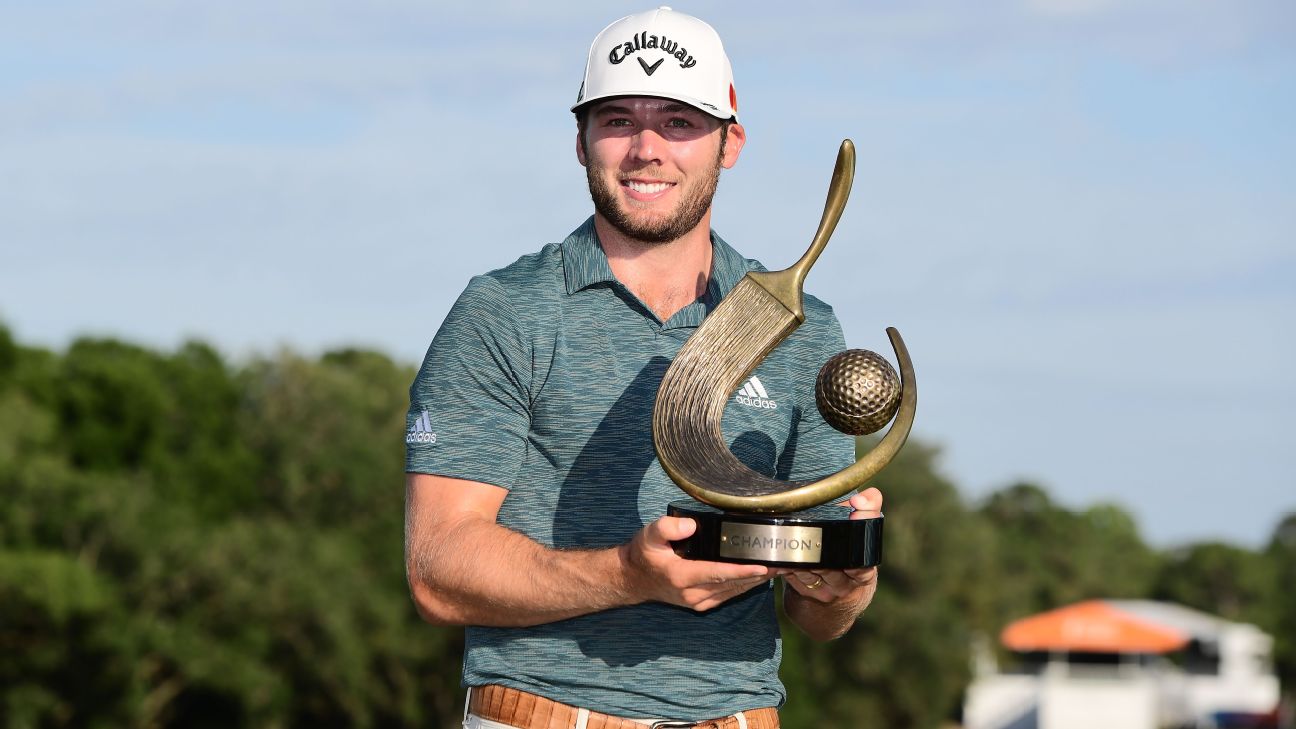 Sam Burns is a winner on the PGA Tour and there should be more victories to come.

The 24-year-old Burns posted a 3-under-par 68 in the final round to beat Keegan Bradley by three strokes in the Valspar Championship on the Copperhead Course at Innisbrook Resort Palm Harbor, Fla.

“I just worked so hard for this moment and it’s great to family here to share it with me because they have been such a part of it,” said Burns, whose only other pro victory came in the 2018 Savannah Golf Championship on what is now the Korn Ferry Tour.

“There were moments when I was close and didn’t win, and they test you, but you learn a lot. This week, on the back nine, down the stretch I just told myself to stick with the process. I don’t think I always did that in the past when I had a chance.

“This is just perfect. I couldn’t write it up any better.”

Burns, who was an All-American at LSU, played head-to-head with Bradley the last two days as they were tied for the lead after the second and third rounds, but the young gun made three birdies on the back nine in the final round to finish at 17-under 267 despite a closing bogey.

Bradley, the 2011 PGA champion, was still tied for the lead until he hit his tee shot into the water to make a double-bogey 5 on the 13th hole on his way to a 71, and Burns was in control the rest of the way.

“I just hit a terrible shot (at No. 13),” said Bradley, 34, who claimed the last of his four PGA Tour victories in the 2018 BMW Championship. “I hadn’t really hit a really bad shot all week and you just can’t hit it there, obviously, but you can’t hit it right of the flag. And I just came out of it a little bit, it got gobbled up by the wind. If it goes another yard it might have been in that bunker, but it was a bummer.

“I just didn’t hit the shots I needed to coming down to the end. But I’m proud of the way I finished to come in solo second. A lot of points at stake, World Ranking points, so I can take that away from it.

“I didn’t play my best today, but I hung in there. Sam played unbelievable and he deserved to win.”

Viktor Hovland of Norway had five birdies on the front nine en route to a 65 that was low score of the day and finished four shots back in a tie for third with Cameron Tringale of Mission Viejo, who sank a 16-foot putt on the last hole to cap a 68.

Abraham Ancer of Mexico totaled 69 and was one more down in solo fifth, while Max Homa of Valencia and Cal struggled to a 74 to wind up seven down in a tie for sixth with Vaughn Taylor, who made two late birdies in a 68.

Louis Oosthuizen of South Africa, who won the 2010 Open Championship at St. Andrews, birdied the first two holes in a 69 and finished eight strokes behind in a tie for eighth with Troy Merritt, who finished at 70, and Joaquin Niemann of Chile, who came in at 72.

Second-ranked Justin Thomas made a seven-foot eagle putt on the first hole of a 70 and tied for 13th, two-time defending champion Paul Casey of England closed with a 68 to tie for 21st, and top-ranked Dustin Johnson tied for 48th after a 69.