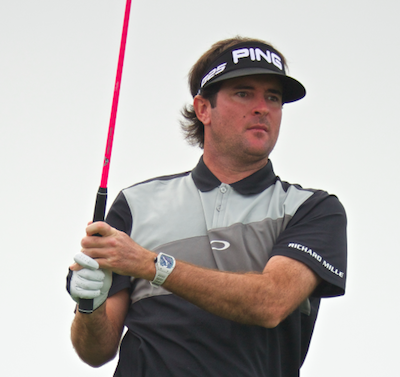 Bubba Watson shot 3-under-par 68 to take a two-stroke lead over Kevin Stadler heading into the final round of the Waste Management Phoenix Open on a record-setting day at TPC Scottsdale.

Officials said a PGA Tour-record 189,722 fans were on hand for what is called “The Greatest Show on Grass.” The previous record of 179,022 was set on Saturday in last year’s tournament.

Watson, trying to win for the first time since the 2012 Masters, hit the ball all over the desert, but holed a clutch 15-foot putt for par on the 15th hole and added an 11-footer for birdie on the 17th.

“It was a struggle on the back nine,” said Watson, who has been at the top of the leaderboard since opening with a 64. “I was able to make some key putts for nice up-and-downs. I just held it together.

“I’m pleased about it for the future. I know I can hit shots under pressure and that’s very big.”

Stadler, who has nine pro victories but none on the PGA Tour, birdied five of his last six holes to post a 67.

Ryan Moore recorded a bogey-free 65 and was three shots back in a tie for third with Hideki Matsuyama of Japan, who had a 68, and Harris English, who came in with a 69.

Brendan Steele, who played at Cal State Riverside, carded a blistering, bogey-free 9-under-par 62 and was tied for sixth with Hunter Mahan, who had a 65, and 36-hole co-leader Matt Jones of Australia, who shot 72.

Defending champion Phil Mickelson also posted a 72 and was tied for 40th.