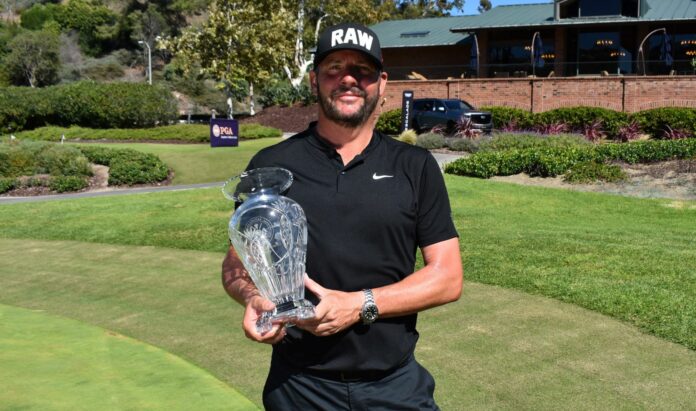 Michael Block is on a roll.

Only days after posting a 4-1 record to help lead the United States win the 30th PGA Cup over Great Britain and Ireland in Surrey, England, Block returned home and captured the Southern California PGA Professional Championship for the third time by five strokes at El Niguel Country Club in Laguna Nigel.

“I didn’t think I had jet lag, but I was hitting it (only) 250 off the tee on the first day,” said Block, the 2014 PGA Professional champion who is head pro at Arroyo Trabuco Golf Cub in Mission Viejo and recently shot a course-record a 14-under-par 58 on the North Course at Coto de Caza Golf & Racquet Club.

“I was struggling a bit on day one, but I got the legs back and I was feeling good from there on.”