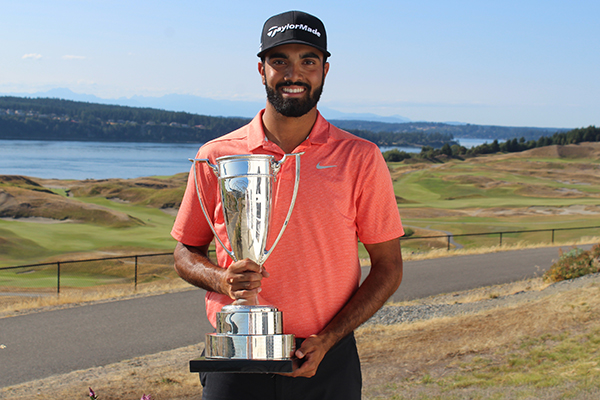 Bling, a recent graduate of UCLA, needed the five playoff holes to turn back Walker Lee of Houston on the first extra hole, Dylan Menante of Carlsbad and Pepperdine and Sam Choi of Anaheim on the third, and finally Joe Highsmith of Lakewood, Wash., and Pepperdine on the final extra hole.

“It feels incredible to come out on top,” said Bling, who was runner-up in the 2018 U.S. Amateur Championship. “I fought all the way to the end and I’m super happy to be able to come out on top. The course was playing harder today, but nothing fell in. Today was just one of those days where nothing would go in, but that’s just golf.

“I feel like if I hit solid shots into the middle of the green and give myself looks for birdie, it’s gonna take a lot to beat that. My strategy in the playoff didn’t change, but I knew it was gonna be a grind.”

Last year’s tournament was cancelled because of the Coronavirus pandemic.