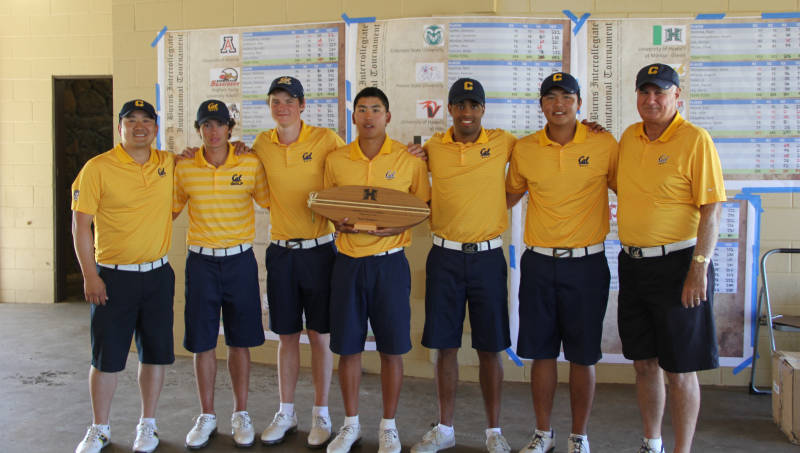 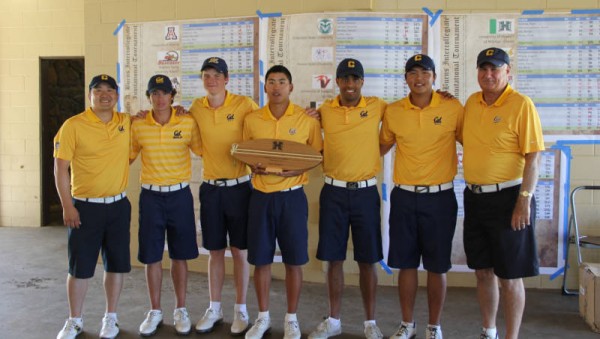 Shotaro Ban of Cal closed with a 3-under-par 69 to claim the individual title and the Golden Bears captured the John A. Burns Intercollegiate for the fifth consecutive year at Wailua Golf Course in Lihue, Hawaii.

“I couldn’t be prouder of a team victory,” Ban said of Cal’s third victory in seven events this season. “It’s been a big dream of mine to help this squad win. Last year we relied on the older guys, but this year we have a young team and to see these guys really buckle down and get the victory is huge for us.

“The younger guys really stepped up and it’s motivating because I have a feeling that we are just getting started.”

“I’m proud of these guys, not just for the victory but because they competed hard all day,” said Coach Steve Desimone, who claimed his 65th stroke-play victory in his 36th season with the Golden Bears.

“This was a great victory that we can really celebrate; everyone contributed. We played really well for three days, especially today.”