Anthony Repeats in NCGA Valley Am 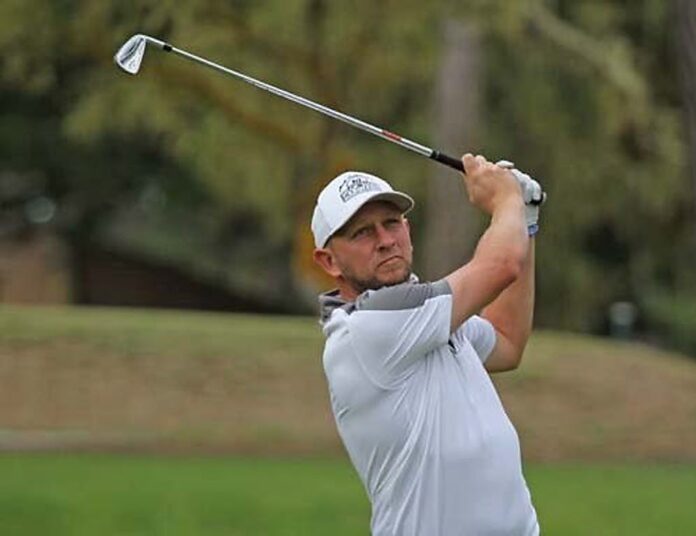 The 38-year-old Anthony eagled the final hole of regulation and then added a birdie on the first playoff hole to beat Brett Viboch of Sacramento and John McCord of Richmond to repeat as champion in the 19th Northern California Golf Association Valley Amateur Championship at Whitehawk Ranch Golf Club in Clio.

After making a 25-foot eagle putt to get into the playoff, Anthony sank a 12-foot birdie putt on the first extra hole and Viboch lipped out an eight-footer that would have extended the playoff.

“Any win is satisfying, especially knowing you only have so many chances,” said Anthony, who has six NCGA titles top tie for seventh on the all-time list. “NCGA wins are even more satisfying due to the strength of the fields and the venues. Ultimately, though, at the end of the day it’s about the camaraderie.

“I was really struggling earlier in the year for about three months. I couldn’t break par and was spinning my wheels. Utlimately, when I get out on the course and the tourney is on the line, I find a way to get it done. That’s why I love competing.”

Anthony, who played at Fresno State, also has won the 2019 NCGA Mid-Amateur, the 2020 Antioch City Championship, the 2019 Alameda Commuters, the 2018 San Francisco City Amateur and the 2014 Fresno City Championship.