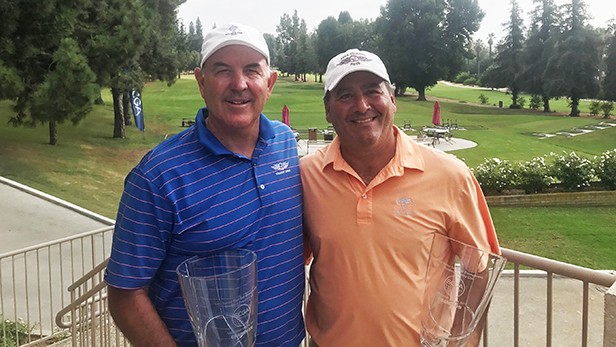 Steve Donnelly of Salinas and James Camaione of Upland shot 70-67—137 to tie for third with Jeffrey Thomas of Costa Mesa and Garden Grove, who totaled 69-68—137, and Bob Valerio of Hawthorne and Iain Macdonald of Fullerton, the 2013 winners, who finished at 68-69—137.

Casey Boyns of Monterey and Jeff Britton of Carmel were sixth at 68-70—138, while Craig Reid of Mission Viejo and Jeff Crosier of Aliso Viejo wound up at 72-67—139 to tie for seventh with Doug Williams of Los Angeles and Jim Williams of Orinda, who came in at 67-72—139.

John Mack of Alta Loma and Gary Havro of Claremont posted a score of 71-69—140 to tie for ninth with Mark Harding of Hermosa Beach and Jim Ream of Cerritos, who finished at 69-71—140.