Rookie Bozzelli leads with 64 in the desert 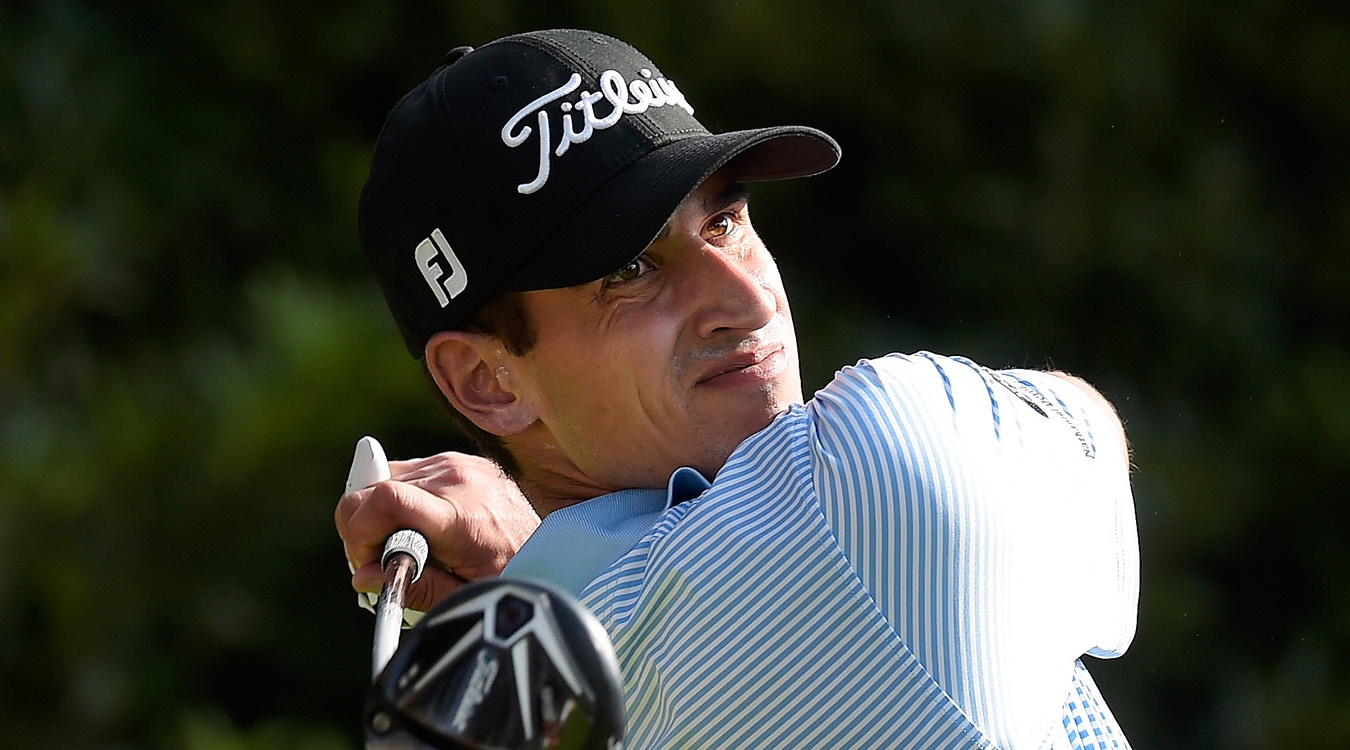 Dominic Bozzelli missed the last three cuts in his rookie season on the PGA Tour.

Then the 25-year-old Bozzelli holed his second shot from 113 yards for an eagle on the 14th hole, his fifth of the day, en route to a course-record 8-under-par 64 on the Stadium Course at PGA West in La Quinta to take a one-stroke lead over Harold Varner III, Jhonattan Vegas of Venezuela, Hudson Swafford and Patton Kizzire after one round of the CareerBuilder Challenge.

“That was a nice jump-start,” said Bozzelli, who earned his PGA Tour card by finishing seventh on the Web.com Tour money list last season. “I was trying to control the spin a little bit, could have been a 50-degree, but I went with kind of knocking down a pitching wedge. It took a couple bounces and came in the back door.

“I worked hard at home during the break and it was nice to see it pay off out here. I made some big par saves on the 15th and second holes and then was able to make some birdies. It was good to see the ball start going in the hole.”

Bozzelli, whose victory in the 2016 Corales Puntacana Club in Resort Championship on the Web.com Tour was the biggest of his six professional victories, collected six birdies in his bogey-free round, including four on the last six holes in his sixth event on the PGA Tour .

Varner, coming off his first pro victory in the Australian PGA Championship in December, eagled the fifth hole and made his only bogey at No. 17 at La Quinta Country Club, where Swafford matched his 65, making five birdies on the last six holes of the front nine.

Vegas, who claimed the first of his two PGA Tour victories in 2011 when this tournament was still the Bob Hope Classic, carded a bogey-free 65 on the Nicklaus Course at PGA West, where Kizzire twice had three straight birdies in another 65.

Chad Campbell, whose four PGA Tour victories include the 2006 Bob Hope, posted a 66 at the Nicklaus Course and was tied for sixth with Michael Kim of Alameda and Cal, who had that score at La Quinta Country Club, Boo Weekley (Stadium Course), Ryan Blaum (La Quinta CC) and J.J. Spaun (Stadium Course).

Phil Mickelson, the 2002 and 2004 Bob Hope champion who was playing in his first event since undergoing two hernia surgeries late last year, was tied for 25th after a 68 at La Quinta, where two-time champion Bill Haas (2010, 2015) recorded the same score.