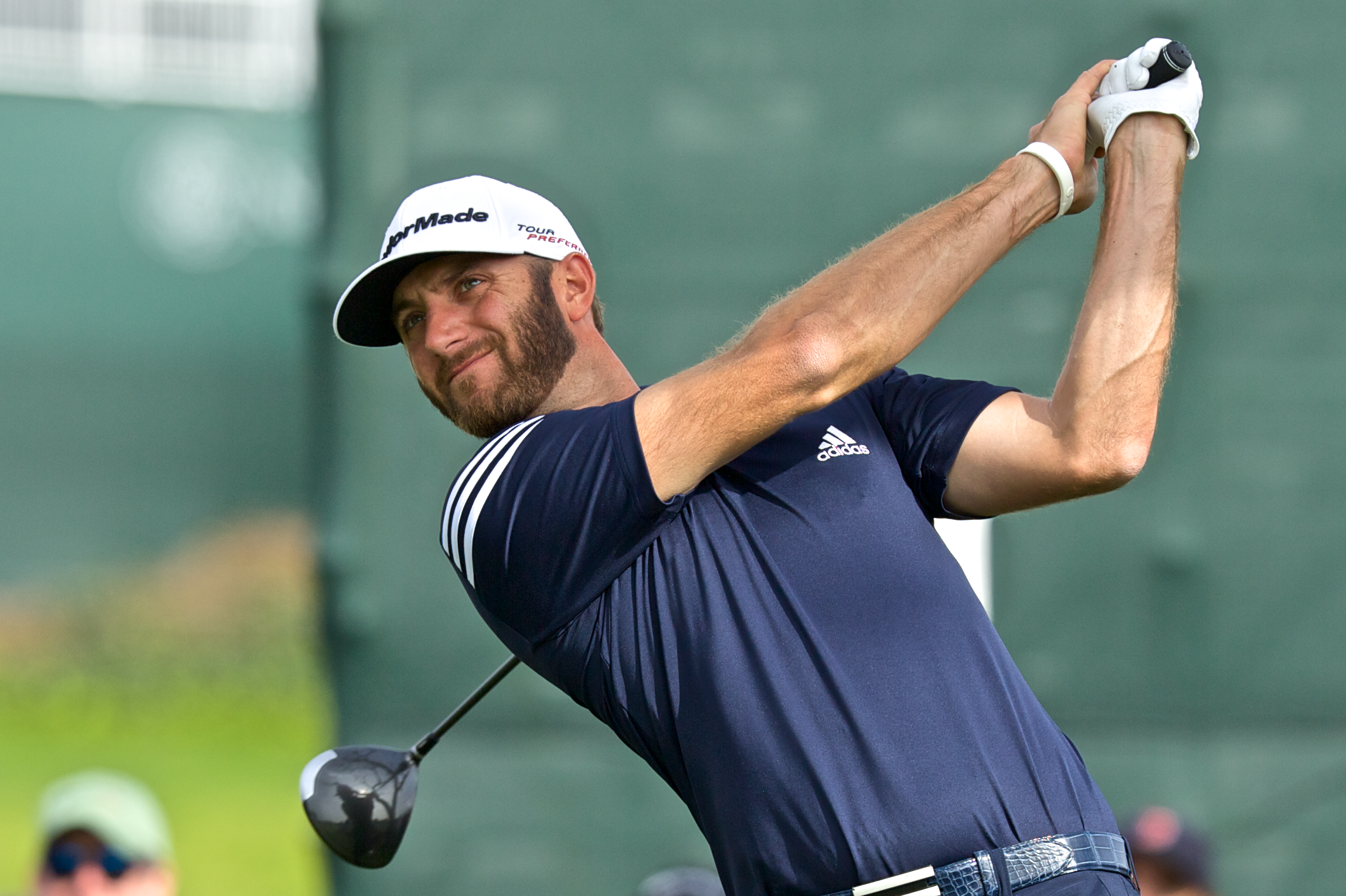 DJ, who has finished in the top 10 in his last five tournaments including victories in the U.S. Open and the WGC-Bridgestone Invitational, posted a 6-under-par 66 to tie Luke List for the lead after the first round of the RBC Canadian Open at Glen Abbey Golf Club in Oakville, Ontario, Canada.

“I feeling really confident with my game,” said Johnson, who made up for a double-bogey 6 on the 14th hole with an 11-foot eagle putt at No. 18. “I made only one bad swing today, on 14, but was a little unlucky that it went into the water.

“I’m hitting the ball really well with my driver and hit the ball in the fairway a bunch, which is really helpful when the wind is blowing hard. And I putted nicely all day, was really rolling the ball well. My entire game feels good.”

List, whose only pro victory came in the 2012 South Georgia Classic on what is now the Web.com Tour, started at No. 10 and birdied five holes on the back nine in his bogey-free 66.

Amateur Jared de Toit of Canada holed a 155-yard shot from a fairway bunker on the 17th hole and added a four-foot birdie putt on the last for a 67 and was tied for third with Chesson Hadley and Kelly Kraft, who sank a 17-foot eagle putt on the 18th.

Brandt Snedeker shot 68 and tied for seventh with Cameron Tringale of Laguna Niguel, Brendon de Jonge of Zimbabwe and Steve Wheatcroft, who made a six-foot eagle putt on the last hole.

Top-ranked Jason Day of Australia, the defending champion, holed a 61-foot shot from the rough for an eagle on the second hole was at 69 in a tie for 11th that included Matt Kuchar.