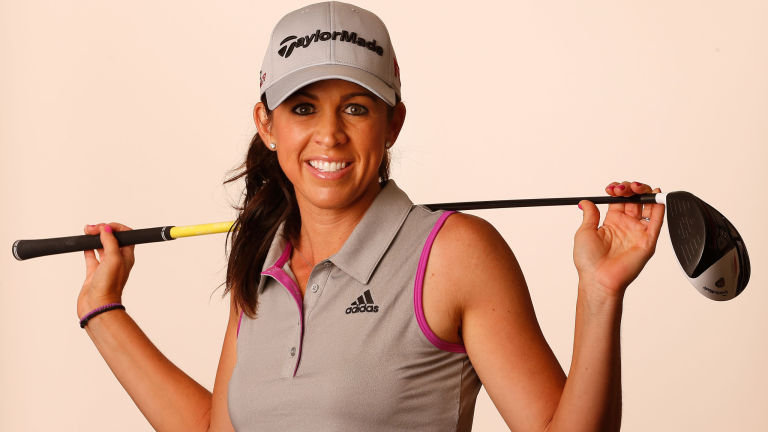 Nicole Castrale, who first played on the LPGA Tour in 2002, has been forced to retire because of a back injury.

The 36-year-old Castrale, who won three times as a professional after playing at USC, said she made the decision when her longtime doctor told her retirement was the only way to avoid back fusion surgery.

“The level that they needed to fuse me at, I have a bulging disc above and below,” said Castrale, who lives in Palm Desert. “If he fuses me at one level, he’d have to do it at three levels.

“I am mentally exhausted from four shoulder surgeries, a hip surgery and a back surgery. This last one on my back (in November) was by far the toughest.”

Castrale, who won the 2007 Ginn Tribute Hosted by Annika Sorenstam and claimed two victories on the Futures Tour in 2005, injured her back for the first time when she was working out in the weight room at USC when she was 19.

She herniated the L-3 and L-4 portion in her lumbar spine.

“We thought I was going to have to have surgery when I was 19,” said Castrale, who sank the winning putt for the United States in the 2007 Solheim Cup at Halmstead, Sweden, and also played on the 2009 U.S. team.

“As sad as (retirement) is, I also feel very blessed to get what I did out of a career.”

Castrale said one good thing about retirement is that she will able to spend more time with her 4-year-old daughter, Eleni, who attends preschool.

Recently, Eleni said: “Mommy, now you can come to school like the other mommys.”

Castrale will continue to be involved in the LPGA Tour on the Golf Channel, contributing to Morning Drive and Golf Central in addition to being an on-course reporter during tournaments.