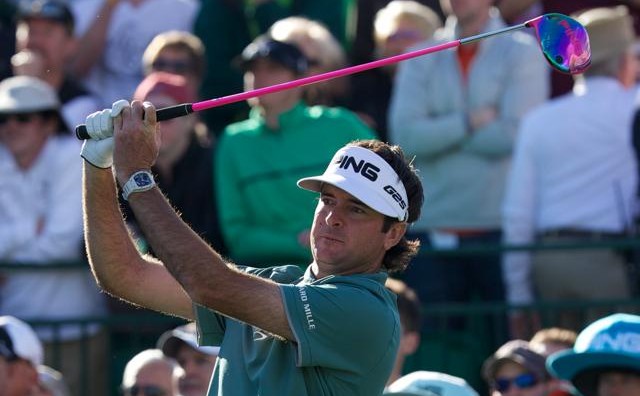 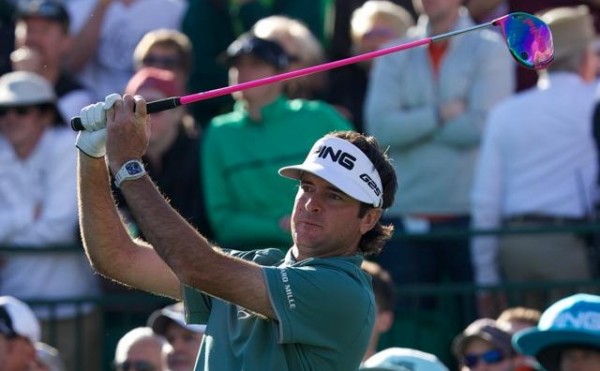 1. Bubba Watson, United States — It is hard enough to win any tournament on the PGA Tour, let alone make it two in a row, but Bubba is the favorite this week on the Old White TPC. Not only did he claim his eighth victory on the PGA Tour last week in the Travelers, but Watson also owns a home at the Greenbrier Resort and is getting more comfortable there as he makes his third start in the Greenbrier Classic. He tied for 30th two years ago and tied for 16th last year, breaking the par of 70 in all eight of his rounds. Watson, Jordan Spieth, Rory McIlroy and Jimmy Walker lead the circuit with two victories apiece this season, and Bubba would love to break the tie this week.

2. Webb Simpson, United States — Although he was unable to back up his tie for second in the Wells Fargo Championship when he missed the cut in the FedEx St. Jude Classic and tied for 46th in the U.S. Open, Simpson figures to get back on track in the Greenbrier Classic. He is making his fifth start on the Old White TPC and has finished in the top 10 in three of the past four years. He was in the lead at the midway point in 2011 and 2012 before finishing in a tie for ninth and a tie for seventh, respectively. Last year, Simpson closed with a 7-under-par 63 to finish third, but he was six strokes behind winner Angel Cabrera of Argentina.

3. Louis Oosthuizen, South Africa — Coming off his tie for second in the U.S. Open at Chambers Bay, the South African shot 71-71–142 to miss the cut by four strokes last week in the Travelers Championship, but he will try to bounce back in the Greenbrier Classic. He has finished in the top 10 on the PGA Tour five times during the 2014-15 season, and he hopes to take that form to the Open Championship in two weeks at St. Andrews, where he claimed his only major title by seven strokes on the Old Course in 2010. Oosthuizen will tee it up on the Old White TPC for the second time after tying for 17th two years ago, when he posted four consecutive rounds in the 60s.

4. Paul Casey, England — Regaining the form he lost because of injuries that led to indifferent play after he claimed his only PGA Tour victory in the 2009 Shell Houston Open, Casey has lost twice in playoffs this season. The latest was last week to Bubba Watson in the Travelers Championship at TPC River Highlands after he also fell short against James Hahn in the Northern Trust Open at Riviera. Casey, who is making his first start on the Old White TPC in the Greenbrier Classic, has finished in the top 10 six times this season, including a tie for third in the Honda Classic and tie for fifth in the WGC-Cadillac Match Play Championship, where he lost to champion Rory McIlroy on the 22nd hole in the quarterfinals.

5. Patrick Reed, United States — Despite the fact that he has won four times in the past two-plus seasons on the PGA Tour, including the Hyundai Tournament of Champions in January, Reed needs a kick-start to the second half of his year with a good result this week in the Greenbrier Classic. It seemed that he got going again with a tie for 14th in the U.S. Open at Chambers Bay, but then he shot 67-72–139 to miss the cut by one stroke last week in the Travelers Championship. This will be his third appearance on the Old White TPC, and after shooting 70-72–142 to miss the cut two years ago, he opened with a 67 and closed with a 68 last year to tie for 26th.

6. J.B. Holmes, United States — With the fourth victory of his PGA Tour career in the Shell Houston Open and two runner-up finishes this year, Holmes is ninth in the FedExCup standings heading into the Greenbrier Classic. He also was in the hunt in the U.S. Open at Chambers Bay two weeks ago before closing with a 6-over-par 76 to wind up in a tie for 27th. Holmes, who lost in a playoff to Jason Day in the Farmers Insurance Open at Torrey Pines and finished one shot behind Dustin Johnson in the WGC-Cadillac Championship at Doral, is playing for the sixth time on the Old White TPC. His best result was a tie for 16th in 2010, when he shot 10-under-par 60 in round three. Last year, Holmes tied for 23rd.

7. Tiger Woods, United States — Whatever the problem is with Woods’ game, perhaps the biggest hurdle he has going into the Greenbrier Classic is mentally getting over the 80-76–156 he posted two weeks ago to miss the cut by 11 strokes in the U.S. Open at Chambers Bay. It was only the 13th missed cut of his PGA Tour career, but four of those came in the past two years. Woods has played only 10 official events since undergoing back surgery at the end of March 2014, but he will tee it up at least four times in the coming weeks, including in the Open Championship at St. Andrews, where he won in 2000 and 2005. In Woods’ only previous start on the Old White TPC, he shot 71-69–140 and missed the cut in 2012.

8. Graham DeLaet, Canada — Trying earn a spot on International team for the Presidents Cup in October in China, DeLaet moved to 16th in the point standings by finishing fourth in the Travelers last week. He was tied for second, only two strokes behind eventual winner Bubba Watson, after shooting a 6-under-par 64 in the third round, but he could manage only a closing 69. He wound up two strokes back to earn a spot in the Open Championship. Another finish like that this week in the Greenbrier Classic could move DeLaet into the top 10 of the standings. He will tee it up on the Old White TPC for the fourth time, with his best result a tie for 12th three years ago, when he shot 64 in the third round.

9. Carl Pettersson, Sweden — The guy nicknamed the “Swedish Redneck” by countryman Jesper Parnevik, Pettersson earned a berth in the Open Championship last week when he finished solo fifth in the Travelers Championship. He has won five times on the PGA Tour, but that was his first top-10 finish of the season on the PGA Tour. He hopes to keep it going this week in the Greenbrier Championship. Pettersson will be making his sixth appearance on the Old White TPC, where his best result was a tie for 17th three years ago, when he finished with 65-66-69 after opening with a 1-under-par 71. He tied for 18th in 2012, when he posted a 66 in the final round.

10. Tony Finau, United States — One of the top candidates for Rookie of the Year on the PGA Tour, the big-hitting Finau tied for 25th in the Travelers Championship, but that was his worst finish in his past six tournaments. Included was a tie for 14th in the U.S. Open at Chambers Bay, and he has placed in the top 10 four times while finishing in the top 25 on 12 occasions. Finau, who captured the 2014 Stonebrae Classic on the Web.com Tour en route to earning his PGA Tour card for 2015 by finishing eighth on the money list, will try to keep his streak going this week when he plays for the first time in the Greenbrier Classic on the Old White TPC.