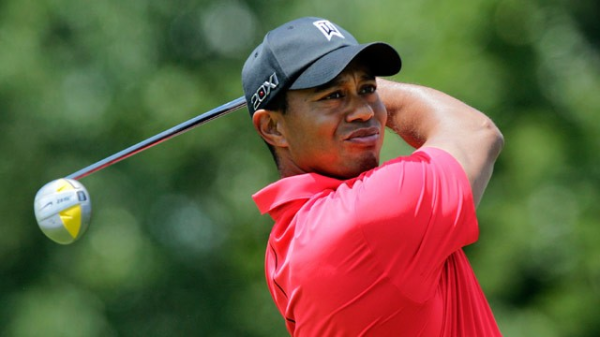 With Tiger Woods out of the Masters after undergoing a back procedure, the million-dollar question becomes when will he play again?

With an uncertain recovery time, it would seem that he also might miss the U.S. Open at Pinehurst No. 2 in June. He said he hopes to play this summer, which means the Open Championship at Royal Liverpool in July might be a target date.

Woods indicated in a statement that he still believes he can break Jack Nicklaus’ record of 18 major championships and Sam Snead’s mark of 82 PGA Tour titles.

“It’s tough right now, but I’m absolutely optimistic about the future,” said Woods, who has 14 major titles and 79 PGA Tour victories. “There are a couple records by two outstanding individuals and players that I hope one day to break.

“As I’ve said many times, Sam and Jack reached their milestones over an entire career. I plan to have a lot of years left in mine.”

Woods has not played since he closed with a 6-over-par 78, the highest final-round score of his career, to tie for 25th in the WGC-Cadillac Championship last month, and he pulled out of his title defense at the Arnold Palmer Invitational two weeks later because of the back injury.

On Monday, he underwent a procedure to relieve a pinched never in his back.

“After attempting to get ready for the Masters, and failing to make the necessary progress, I decided, in consultation with my doctors, to have this procedure done,” Woods said on his website.

“I’d like to express my disappointment to the Augusta National membership, staff, volunteers and patrons that I will not be at the Masters. It’s a week that’s very special to me. It also looks like I’ll be forced to miss several upcoming tournaments to focus on my rehabilitation and getting healthy.”

“This is frustrating, but it’s something my doctors advised me to do for my immediate and long-term health.”

Woods has played in every Masters since 1995.