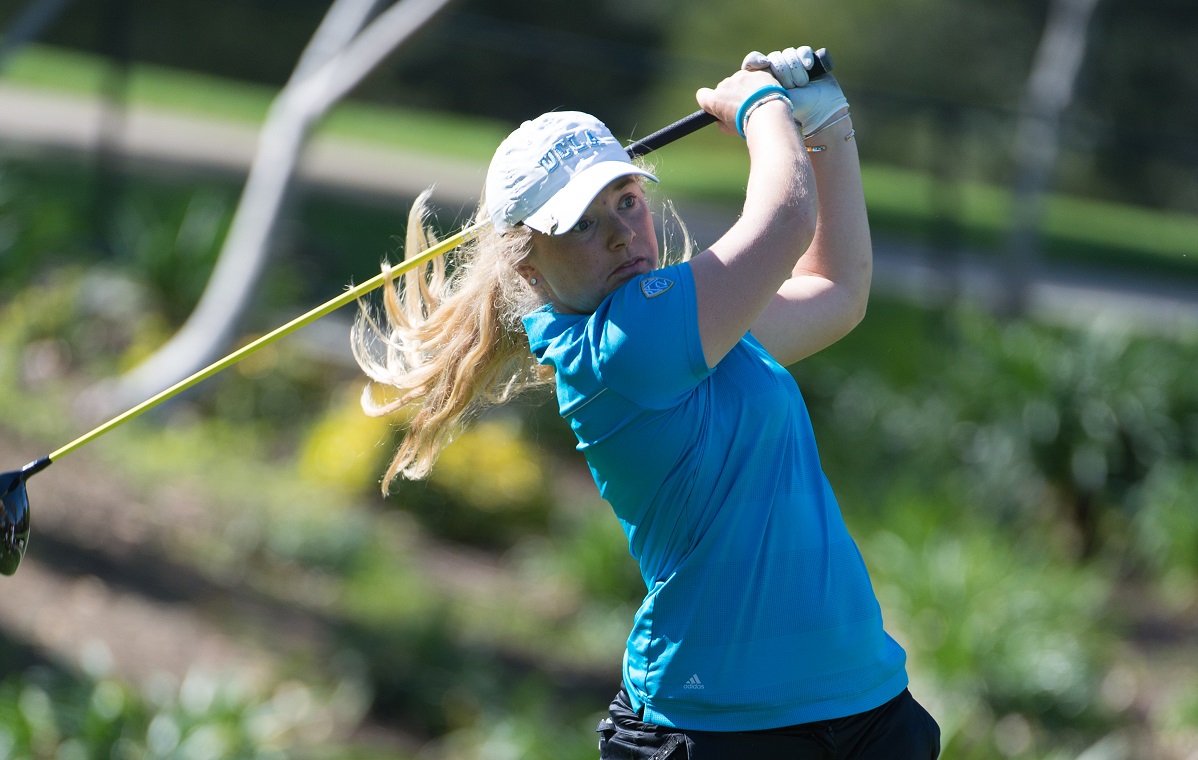 A new format at the NCAA Championship May 22-27 at The Concession Club in Bradenton, Fla. adds nine players from teams not advancing to the championship to the individual medalist competition. There’s a good chance these ten women from California schools will be making the cross-country trip to help their teams compete for the title and put themselves in contention for the individual honor.

Bronte Law
Arguably the top women’s amateur golfer from England, Law recently placed second at the Pac-12 Women’s Championship, leading her Bruins to a fourth place finish. Her wins this spring at the Northrop Grumman Challenge and Stanford Intercollegiate, as well as a top-five at the UCLA-hosted Bruin Wave Invitational, have pushed her to a top-10 spot in the world rankings. Last summer, Law represented Great Britain & Ireland at the Curtis Cup.

Erynne Lee
Another Curtis Cup member, Lee’s 2015 highlights include winning the Bruin Wave Invitational, placing third at the Allstate Sugar Bowl Intercollegiate, and fifth at the Pac-12 Championship. The senior from Silverdale, Wash. reached the semifinals of the U.S. Women’s Amateur when she was just 15 years old, losing to the eventual winner Amanda Blumenherst. That same year, Lee also qualified for the U.S. Women’s Open, where she missed the cut.

Gabriella Then
Just weeks before enrolling at USC in 2013, Then, of Rancho Cucamonga, won the U.S. Girls’ Junior Amateur, making her a prized possession of the Lady Trojans team. Now a sophomore, Then has been one of many top players on the No. 1-ranked team in the country, placing runner-up at the UC Irvine Invitational and third at Darius Rucker Intercollegiate.

Karen Chung
Another USC sophomore, Chung, who hails from Livingston, N.J., picked up her first collegiate win during the 2014-2015 season with an individual victory at the Arizona Wildcat Invitational. She was named a WGCA All-American as a freshman and before enrolling as a Trojan, Chung went undefeated while representing the United States at the 2012 Junior Ryder Cup.

Lauren Kim
The junior from Los Altos, Calif. was the top-finisher for Stanford at the Pac-12 Championship, where she finished in seventh place thanks to a final-round 67 at Boulder Country Club, which was the third lowest round of the day. Kim has been the top performing Cardinal in the 2014-2015 season, with top-five finishes at the Pac-12 Preview and Edean Ihlanfeldt Invitational and a top-10 at the team’s host event, the Stanford Intercollegiate.

Kyung Kim
This USC junior has been a steady performer of the top-ranked women’s team in the nation, registering three top-10 finishes in her third year, including the Arizona Wildcat Invitational, Darius Rucker Intercollegiate, and UC Irvine Invitational. Kim’s entrance into USC was prefaced by qualifying for the 2011 U.S. Women’s Open and representing the U.S. at the Junior Solheim Cu

Lucia Gutierrez
After starting the year slowly, Gutierrez found her rhythm on the golf course. She came in second place at the BYU Classic and followed that up with an individual victory at the Silverado Showdown, which was her first collegiate win of her career. The two events were the last of the season for the sophomore from Peru, setting her up for a top-25 at the Pac-12 Championship. A native of Peru’s capital city, Gutierrez is the country’s four-time junior champion from 2010 to 2013.

Annie Park
Park kicked off her junior season as USC with her fifth individual win of her career, capturing the Windy City Collegiate in Illinois. Since, Park has top-five finishes at the PING/ASU Invitational and Arizona Wildcat Invitational. Though her team struggled at the Pac-12 Championship, finishing in sixth place, Park, along with freshman Amy Lee, paced the Trojans at two-over par 218, placing 18th.

Mariah Stackhouse
Stackhouse has been another consistent player for the Cardinal. Her junior year has brought another string of solid top-10 finishes, like her eighth place finish at the Pac-12 Preview. She also placed eighth at the Edean Ihlanfeldt Invitational and ninth at the ANNIKA Intercollegiate. A native of Riverdale, Ga., Stackhouse has qualified for the U.S. Women’s Open twice, most recently in 2013.

Paige Lee
Branching out of the Pac-12, UC Davis sophomore Paige Lee caps off this list. The native of Folsom, Calif. was First-Team All Big-West her freshman year, and has picked up right where she left off in her second season. Her best performances in the new year have been a runner-up finish at the Anuenue Spring Break Classic and sixth at the SMU Invitational. Lee, along with junior Andrea Wong, made UC Davis tough to beat at this year’s Big West Championship, where they won 29 shots.