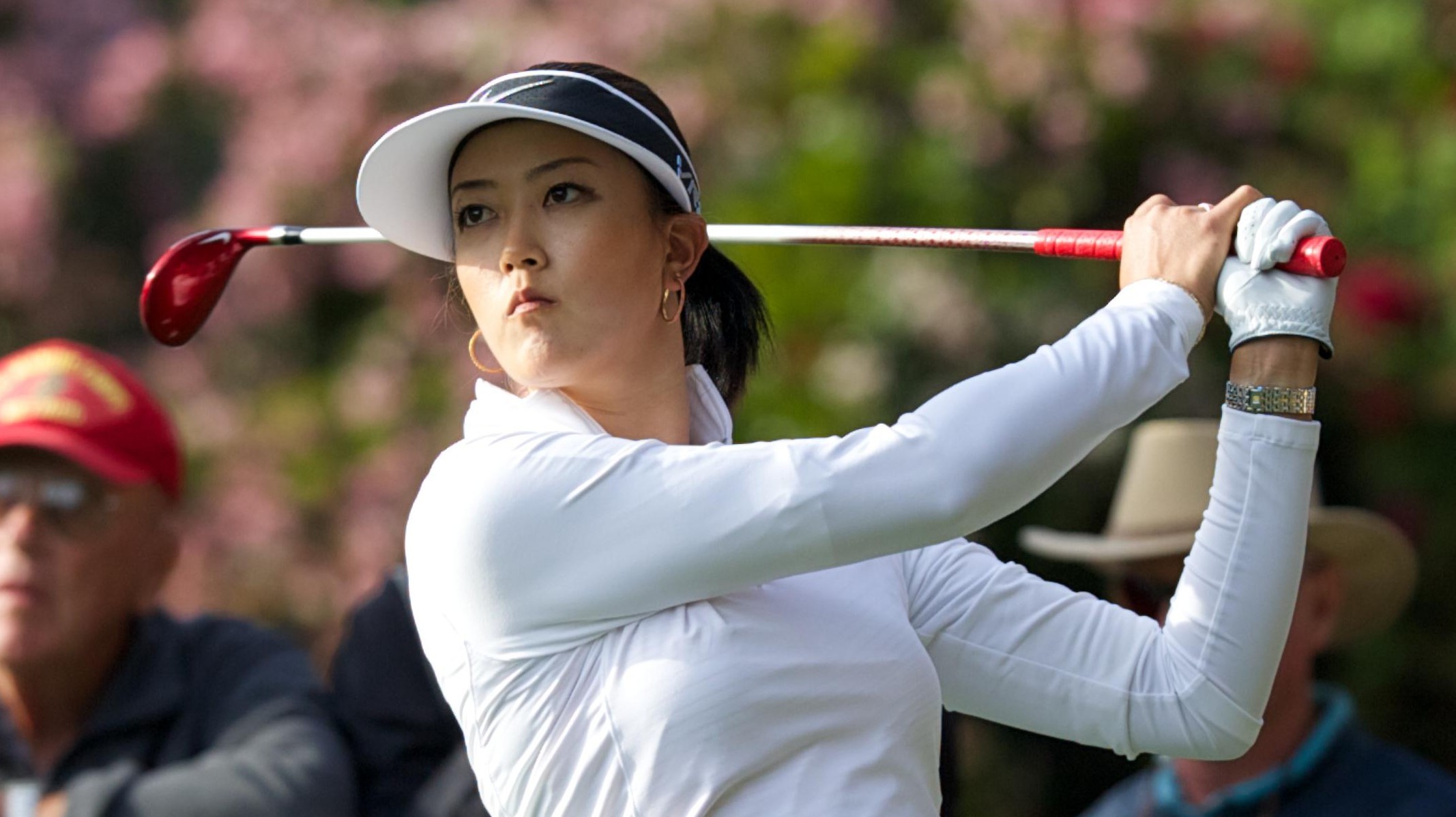 Michelle Wie has battled injuries and inconsistency in recent years, but in the first round of the Ricoh Women’s British Open her unquestioned talent was on full display.

After making her only bogey on the second hole, Wie collected nine birdies, including three in a row to end her round.

“I think Kingsbarns is definitely one of the most scenic golf courses I’ve ever played on; it was amazing,” said the 27-year-old Wie, whose four PGA Tour victories include the 2014 U.S. Women’s Open. “The views here are spectacular. … It almost feels like I am playing back home in Hawaii with the views. It was gorgeous out there and a lot of fun today.

“I skulled a lob wedge on the second hole, which was nice. Straight over the green to start off with a bogey. Kind of got me a little pissed for a little bit. … I was really happy I came over to Scotland a week early. I thought that by playing the Scottish Open, I learned a lot of great shots. Especially coming back from an injury, it was nice to come play for a week.

“I’m grateful to be out here playing and always excited to play a place like Kingsbarns and the British Open. It always is a great experience.”

There were 24 players still on the course because of two weather delays when darkness came and they will return Friday morning to finish the opening round before playing the second.

Kim, who has won six times on the LPGA Tour including the ShopRite LPGA Classic and the Marathon Classic this season, birdied five of the first eight holes and made her only bogey on the 14th hole in a 65, while Lindy Duncan is third after a 66, with her lone bogey coming at No. 17.

Second-ranked Lexi Thompson shot 67 and is tied for fourth with Jodi Ewart Shadoff of England, Anne Van Dam of France, Chella Choi of South Korea and Mel Reed of England.

Top-ranked Ariya Jutanugarn of Thailand is tied for 50th at 71.