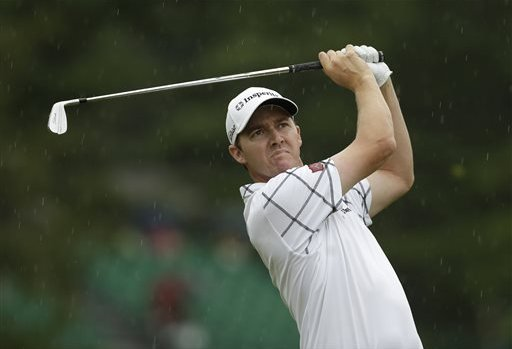 Jimmy Walker recorded a flawless 7-under-par 63 to win the Sony Open in Hawaii by one stroke over Chris Kirk at Wailae Country Club in Honolulu, claiming his second victory on the PGA Tour, both in the 2013-14 season.

Walker also won the Frys.com Open in October by two strokes over Vijay Singh to kick off the circuit’s new wrap-around schedule, his first victory in 188 starts on the circuit.

“I stayed patient all day and didn’t make any bogeys,” said Walker, who won four days before his 35th birthday. “I made bunch of birdies this week, but also had some bogeys. I made a key putt (for par) on No. 14 and that string of birdies (five in eight holes on the back nine) was pretty awesome.

“They say you learn so much by winning and I learned so much that week (when he won the Frys). I was really calm today and had my emotions under control all day. It was really cool golf today.”

Kirk, who also won late last year at the McGladrey Classic in the start to the new season, missed an eagle chip on the final hole that could have forced a playoff with Walker and wound up with a 66 that included birdies on three of the last four holes.

Jerry Kelly, 47, seeking his fourth PGA Tour victory and first since the 2009 Zurich Classic of New Orleans, was third after a closing 65.

Harris English, yet another winner in the fall at the OHL Classic at Mayakoba who was seeking his third victory since last June, was fourth after a 67.

Adam Scott, No. 2 behind Tiger Woods in the World Golf Rankings, closed with a 66 and was within one stroke of the lead after five birdies on his front nine, but cooled off and wound up in a tie for eighth that included Matt Kuchar, who also shot 66, and Zach Johnson, winner of the Hyundai Tournament of Champions a week earlier, who had a 69.