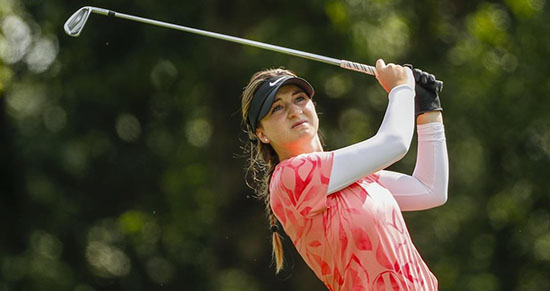 Gabriela Ruffels of Australia and USC has earned the 2020 AmateurGolf.com Women’s Player of the Year Award.

The AmateurGolf.com Women’s Player of the Year is awarded based on a system of points earned through performance in major women’s amateur events during the year, but in 2020 Ruffels topped an international field with her performances in college, amateur and pro events played amid the Coronavirus pandemic.

The 20-year-old Ruffels, who won the U.S. Women’s Amateur and the Women’s North & South Amateur in 2019, started her junior season at USC by tying for 12th in the

However, Ruffels was forced to withdraw from her next tournament because of an injury and a few weeks later the college golf season was shut down because of Covid-19.

While some college conferences returned to play at different times in 2020, the Pacific 12 Conference did not, but having won the 2019 U.S. Women’s Amateur gave Ruffels opportunities to play in some big events.

Ruffels missed the cut in the Women’s British Open at Royal Troon Golf Club in Scotland, but tied for 13th in the U.S. Women’s Open at Champions Golf Club in Houston and tied for 15th in the ANA Inspiration at Mission Hills Country Club in Rancho Mirage.

With a chance to repeat in the U.S. Women’s Open, Ruffels reached the scheduled 36-hile final by winning five straight matches, but lipped out a short par putt on the 38th hole and lost to Rose Zhang of Irvine at Woodmont Golf Club in Rockville, Md.

In addition, Ruffels tied for fifth in the Symetra Tour Championship and recently helped the International Team win the Arnold Palmer Cup at Bay Hill Resort and Lodge in Orlando, Fla.

Ruffels finished with 4,600 points in the AGC Women’s Player of the Year standings, followed by Ingrid Lindblad of Sweden with 4,350 and Linn Grant, also of Sweden, at 3,700.

Zhang, 17, a senior at Pacific Academy in Irvine who has committed to Stanford, finished sixth in only four events with 3,200 points.