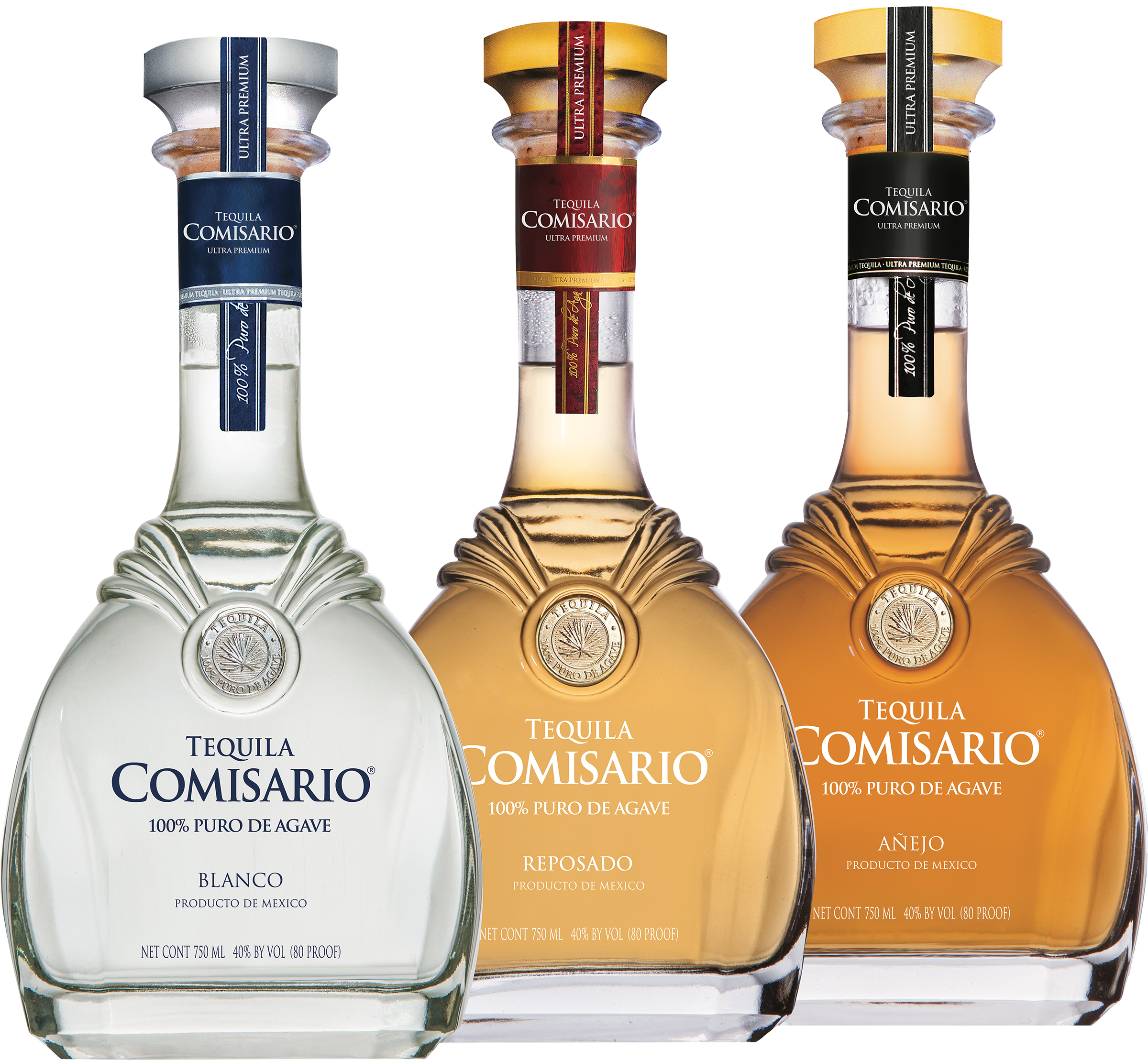 Tequila Comisario is created from a recipe that dates to the 18th century in Mexico when King Charles III of Spain, who ruled Mexico, banned tequila because he was concerned that its popularity would dramatically impact the sales of Spanish wine and liquor.

Undeterred by this prohibition, the Mexican distillers secretly began to produce tequila in the mountains around Los Altos, the highland region above Guadalajara, where numerous distilleries were hidden.

These factories in the Highlands of Jalisco were protected by the local Commissioner, who must have loved his tequila, because he would alert the distillers when Spanish soldiers were patrolling the area.

As a tribute to the Commissioner, the distillers created a very special drink they named Tequila Comisario, and its recipes recently were discovered and re-created to make three types of this award-winning tequila from the Highlands of Jalisco.

Blanco is the base product, and Tequila Comisario also has its Reposado and Añejo tequilas.

“Another company developed the Tequila Comisario brand in 2012, but we officially purchased the business about four years ago, acquired the brand right,” said David Gene White, part owner of the business who works in advertising and promotion for Elite Beverage International based in Anaheim.

“We currently sell about 99 percent of our product in the United States, and we are just starting to make inroads overseas. We sell Tequila Comisario in about 40 states, so we are not just a regional brand.”

Tequila Comisario is a 100 percent pure ultra-premium tequila, with an incredibly smooth taste and agave fruit nose, made to be enjoyed with your favorite meals.

And Tequila Comisario has quickly made itself as a leader in the field, as its distillers stick with process of their predecessors and create this tasty drink from agave plants located in the highlands of Los Altos in Jalisco, Mexico, at 8,000 feet in elevation.

With its unique approach to fermenting, Tequila Comisario has quickly become a favorite of tequila connoisseurs.

The agave plants go through standard harvesting of up to eight years and the slow-cooked process of 18 hours focuses on the fermentation and distilling of each plant, with the emphasis on quality and not quantity.

Throughout the distilling process, Tequila Comisario also focuses on a unique extraction process of separating the juice from its impurities for a unique tasting experience, which creates a beautiful mixture of flavors and nodes to accentuate the middle of the batch spirit.

When the extraction process is finished, each batch is then placed into a steel tank for 36 hours of oxygenation. Once this final step is completed, Tequila Comisario completes the final process based on its unique flavor of tequilas.

Blanco serves as the base to conclude the process for the Aged tequilas. The Reposado spends seven months in an American Whiskey barrel while the Añejo is aged in the same barrels for 23 months with the last four in a California Cabernet barrel to add just a touch of complexity. Tequila Comisario purposely buys 2 year or older barrels for aging the Tequilas to achieve a soft impact of the wood notes (vanilla, cream, nougat, and of course wood notes) thus blending (not overpowering) beautifully with the agave notes of pepper, spice and earthiness.

“Our tequila is smooth and easy to drink, it goes with all meals and even with a cigar,” White said. “In competition with other tequilas in recent years Tequila Comisario has won 10 gold medals and 10 double gold medals.

“All of our tequilas are great for sipping, but our Blanco has been rated No. 1 for Margaritas.”

So, think Tequila Comisario the next time you have that craving to sip a little tequila or make a visit to Margaritaville.