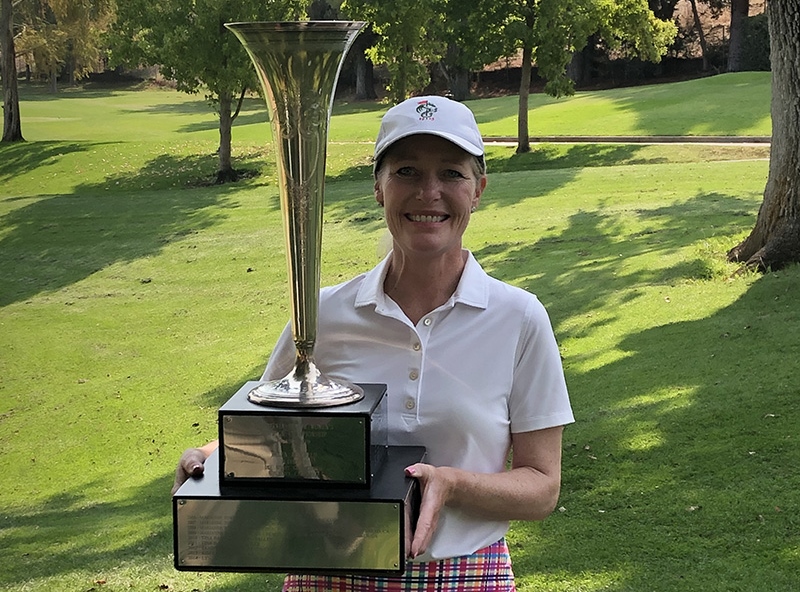 Lara Tennant of Portland, Ore., led virtually wire-to-wire and captured the 42nd annual California Senior Women’s Amateur Championship by seven strokes over Lynn Cowan of Rocklin on the Ranch Course at the Alisal in Solvang.

Tennant, who won the 2018 and 2019 U.S. Senior Women’s Amateur Championships and formerly was women’s head golf coach at the University of Oregon, led by five shots after one round and never looked back.

“The golf course was very generous and difficult, and we are just so happy to be competing at this point,” said Tennant, who carded seven birdies in her first round, when he was the only player to break par.

“I like to come from behind. So, being ahead, I didn’t feel uncomfortable, but I also wasn’t totally comfortable, if that makes sense. I just tried to play my own game, and play old man par.”