Streb Shoots 61, Leads Mitchell by 1 Stroke in CJ Cup at The Summit 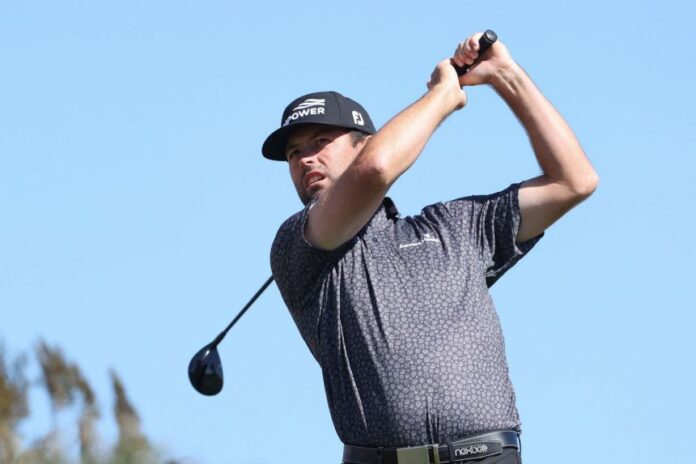 Robert Streb has struggled with his game since winning the 2020 RSM Classic, until round one of the CJ Cup at The Summit.

The 34-year-old Streb played the first six holes in 7-under-par and his last seven in 5-under on his way to a career-best 11-under 61 to take a one-stroke lead over Keith Mitchell at The Summit Golf Club in Las Vegas.

“Obviously, I hit a few close and the putts were going in,” said Streb, whose only other PGA Tour victory came in the 2014 McGladrey Classic. “I’ve never had a start like that, so it was kind of fun. It was going really well. Slowed down a little I guess in the middle, but it was a really, really good round. Things just went really well.

“I don’t know, you just feel like you can start aiming at stuff. Things seemed to be going my way. Even that bogey, I almost made the putt, so it just went really well. Obviously, guys are going to shoot some low ones here this week, so I’ll just try a plug along and see where I’m at the end of the week.

“I’m very happy as this is uncharted water for me out there.”

Streb, who also won twice on what is now the Korn Ferry Tour, highlighted his round with a 12-foot eagle putt on the third hole and collected 10 bogeys to go along with his only bogey on No. 12.

Mitchell, who missed the cut in the Sanderson Farms Championship and the Shriners for Children’s Open to start the new season, made five straight birdies through the seventh hole and 10 in all during his bogey-free 62.

“It was great out there today, especially after the last couple of weeks,” said Mitchell, whose only PGA Tour victory came in the 2019 Honda Classic. “I spent the last several days grinding in practice and it really showed today. I felt ready to go and all that work paid off.

“I made a nice putt on the second hole, about a 20-footer, and it went in with perfect speed. When another long one went in on the next hole (from 19 feet), I really felt it was going to be my day.”

Reigning Masters champion Hideki Matsuyama of Japan birdied four of the last seven holes to total 66 and is in a tie for seventh with Aaron Wise of Lake Elsinore, who birdied the last four holes, Jordan Spieth, Jhonattan Vegas of Venezuela, Cameron Smith of Australia, Scottie Scheffler, Ian Poulter of England and Rickie Fowler of Murrieta.

All of those tied for seventh had at least a birdie on the last hole except Poulter, who made par.

Fifth-ranked Xander Schauffele, the Olympic Gold Medalist from La Jolla and San Diego State, birdied five of the last seven holes for a 69 and is in a tie for 39th that includes sixth-ranked Justin Thomas, who birdied the last three holes, while eight-ranked Louis Oosthuizen of South Africa is tied for 49th after a 70.

Second-ranked Dustin Johnson birdied the third and fourth holes but struggled the rest of the way in a 74 and is tied for 73rd, while defending champion Jason Kokrak stumbled to a 77 and is 78th and last in the limited field event.