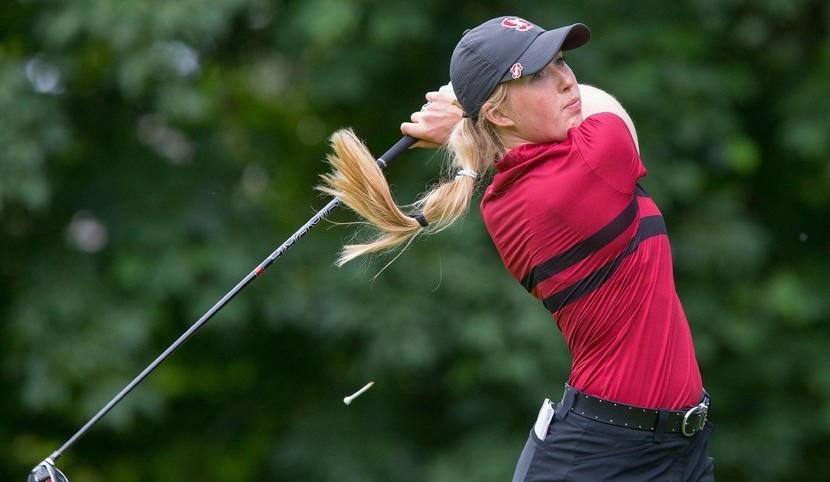 Casey Danielson, a recent graduate of Stanford, will make her professional debut on Thursday on a sponsor exception at the inaugural Thornberry Creek LPGA Classic at Thornberry Creek Golf Course in Oneida, Wis., outside Green Bay.

Danielson is a native of Osceola, Wis., about five hours from the course, and captured four Wisconsin Division 2 golf championships while playing for Osceola High.

“I’m just looking to learn,” said Danielson, a 2017 second team All-American. “I know I’ve got a lot to learn, both about how to handle myself on tour, how to manage the media and manage getting around the clubhouse and practice rounds, that sort of thing.

“And then, on the golf course I want to learn how my game can improve and what area of my game don’t match up to other players and try to see where I can get the most use out of my practice.”

Danielson was selected as the recipient of the 2017 Dinah Shore Award, which is given to a female college golfer who excels on the course, in the classroom and in community involvement.

Mariah Stackhouse, an LPGA Tour rookie who along with Danielson was instrumental in Stanford winning the 2015 NCAA Championship, also is in the field for the Thornberry Creek LPGA Classic.

“I’m so proud of her for being out here and for doing this,” Danielson said of Stackhouse. “She’s definitely been an inspiration.”

Danielson, who also has qualified to play in the U.S. Women’s Open next week at Trump National Golf Club in Bedminster, N.J., posted a 9-1 individual match-play record in the NCAA Championships the last three years.