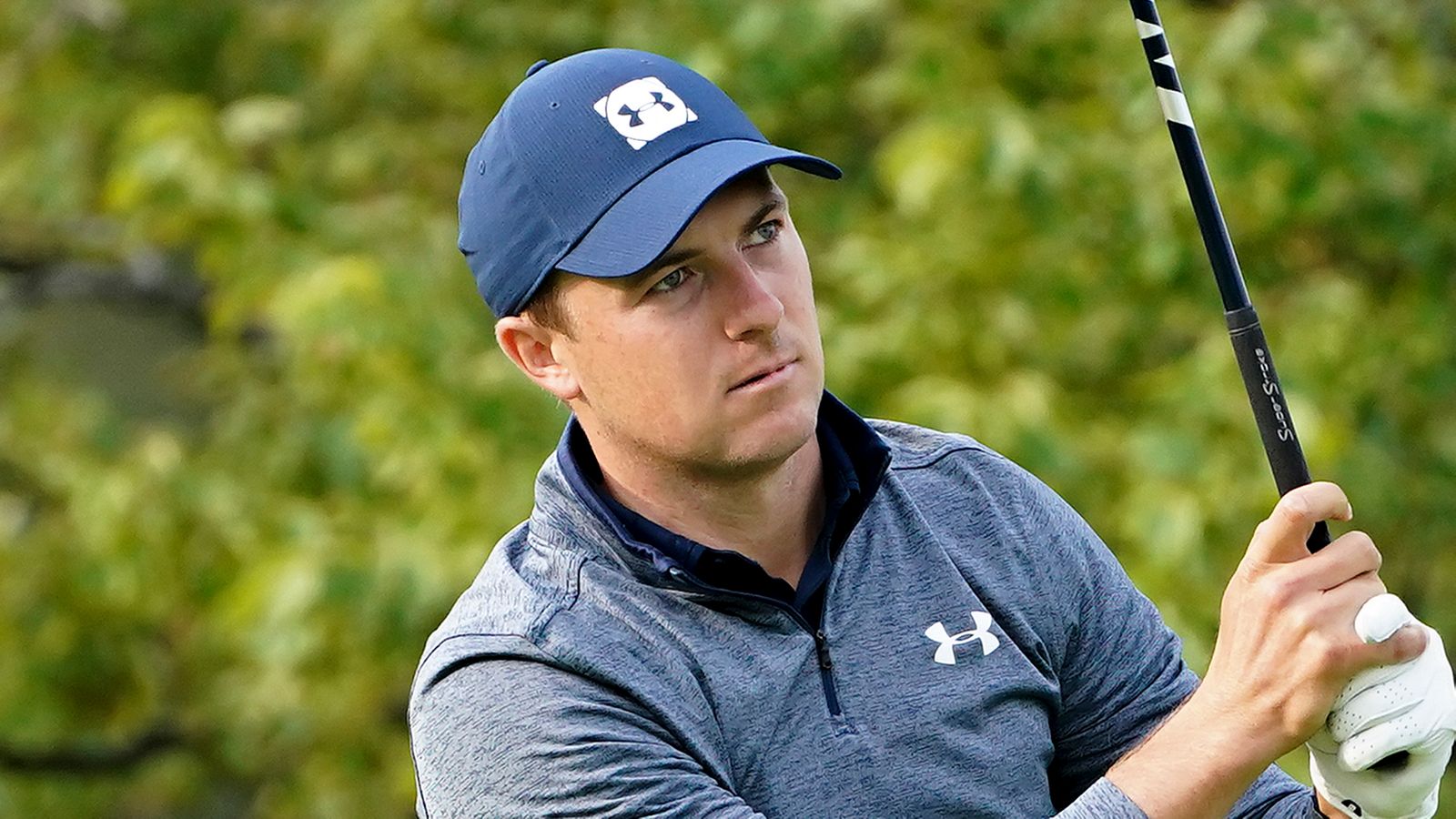 Jordan Spieth has been mired in a deep slump and hasn’t won in nearly four years, but seems to be snapping out of it.

The 27-year-old Spieth (pictured) equaled his career-low round, shooting a bogey-free, 10-under-par 61 and is tied for the lead with fourth-ranked Xander Schauffele heading to the final round of the Waste Management Phoenix Open at TPC Scottsdale.

“I’ve been gaining confidence and it obviously went up another level the way I played today,” said Speith, who claimed the last of his 11 PGA Tour victories in the 2017 Open Championship at Royal Birkdale in Southport, England. “I played with patience and freedom, and it helped to make a some long putts near the end. That’s what happens when things start going your way.

“I’ve got to keep dialing up the things that I do best. It’s a long process and it’s not done. I have to keep moving forward, not only tomorrow, but for the rest of the season and I feel good about where I am.

“I’m sure I’m going to be nervous tomorrow because it’s been a while since I’ve been there, but it’s going to be fun.”

Schauffele, from La Jolla and San Diego State, will be trying to win for the first time since the 2019 Sentry Tournament of Champions, having finished second seven times since. The second-round co-leader made his only bogey on the second hole and finished off his 65 with birdies on four of the last six holes.

“I had kind of a slow start, but was able to stay patient and capitalize on my chances on the back nine,” said Schauffele, who also is 27. “These greens here are a little more receptive than in the past, so I was able to leave myself in good spots and make some putts. I saw that Jordan shot 61 and knew I had to keep making birdies.

“I hope to get off to a good start tomorrow, but whatever happens, I just want to stay patient. I put myself in contention again and just hope I can finish things off and win a golf tournament.”

Kyoung-Hoon Lee of South Korea holed out from 41 yards for an eagle on No. 17 and birdied the last hole to cap a third straight 66 and is three strokes back in a tie for third with Scottie Scheffler, who birded the last two holes for his own 66.

Third-ranked Justin Thomas carded a bogey-free 64 and is four shots behind in a tie for fifth with Louis Oosthuizen of South Africa, who had four birdies on each nine in a flawless 63, while James Hahn of Alameda and Cal totaled 66 and is one more down in a tie for seventh with Brooks Koepka, who also had a 66, and Steve Stricker, who finished at 69.

Will Zalatoris posted a bogey-free 64 and is six strokes back in a tie for 10th with J.T. Poston, who sank a seven-foot eagle putt at No. 13 in his 67, and Keegan Bradley, who came in at 70.

Second-ranked Jon Rahm of Spain is tied for 16th after a 66, while sixth-ranked Rory McIlroy of Northern Ireland totaled 70 and is in a tie for 36th that includes defending champion Webb Simpson, ranked ninth in the world, who shot 69.