Schauffele Leads Phoenix Open by 1 After 64 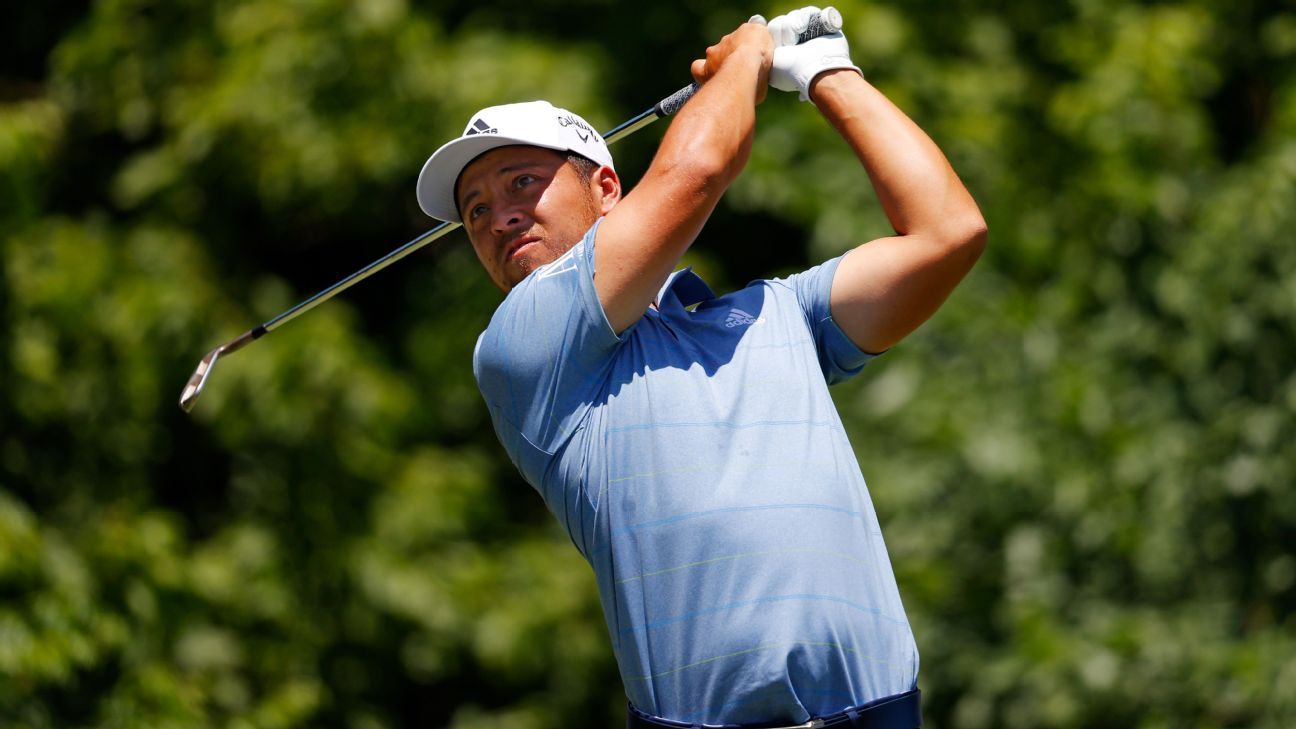 Xander Schauffele is ranked fourth in the world, but hasn’t won since 2019 after losing in two playoffs last year, and is trying to change that.

The 27-year-old Schauffele, who has four top-10 results this season and finished in the top-20 in all six of his starts, carded a bogey-free, 7-under-par 64 to take a one-stroke lead over Steve Stricker and Keegan Bradley midway through the Waste Management Phoenix Open at TPC Scottsdale.

“I’m playing good golf, so I just want to keep doing what I have been doing and get out of my own way,” said Schauffele, who is from La Jolla and San Diego State. “I’m having fun and just have to stay in the moment.

“Even though I haven’t won for a while, I have been close and have to just find a way finish things off. I’ve been working hard and there’s always something I can improve that will help me win.”

Schauffele, whose fourth and last PGA Tour victory came in the 2019 Sentry Tournament of Champions, followed three straight birdies with a 21-foot eagle putt at No. 15, and recorded a 36-hole score of 12-under 130 with a five-foot birdie putt on the last hole.

Stricker, who will be 54 later this month and can supplant Sam Snead as the oldest winner in PGA Tour history with a victory, would be tied for the lead if not for a closing bogey at No. 9 to cap an otherwise flawless 66.

“And then when I go there and get in contention or win an event, I feel that that gives me confidence and motivation to come back out here and play.”

Bradley, who won the 2011 PGA Championship and claimed the last of his four PGA Tour titles in the 2018 BMW Championship, birdied five of the first seven holes on his way to a 65.

Nate Lashley made bogeys on the last two holes to finish three back in solo seventh after a 69, while Jordan Spieth holed out from 32 feet for an eagle in a second 67 and is one more down in a big tie for eighth with Brooks Koepka (66), James Hahn of Alameda and Cal (67), Billy Horschel (68), Patton Kizzire (65), Carlos Ortiz of Mexico (67), J.T. Poston (66) and first-round co-leader Matthew NeSmith (71).

Third-ranked Justin Thomas is tied for 16th after a 65 that included nine birdies, second-ranked Jon Rahm of Spain shot 69 and is in a tie for 27th that includes sixth-ranked Rory McIlroy of Northern Ireland, who posted a 67, and defending champion Webb Simpson, ranked ninth in the world, is tied for 40th following a bogey-free 65.