Shibuno’s Lead Down to 1 in U.S. Women’s Open 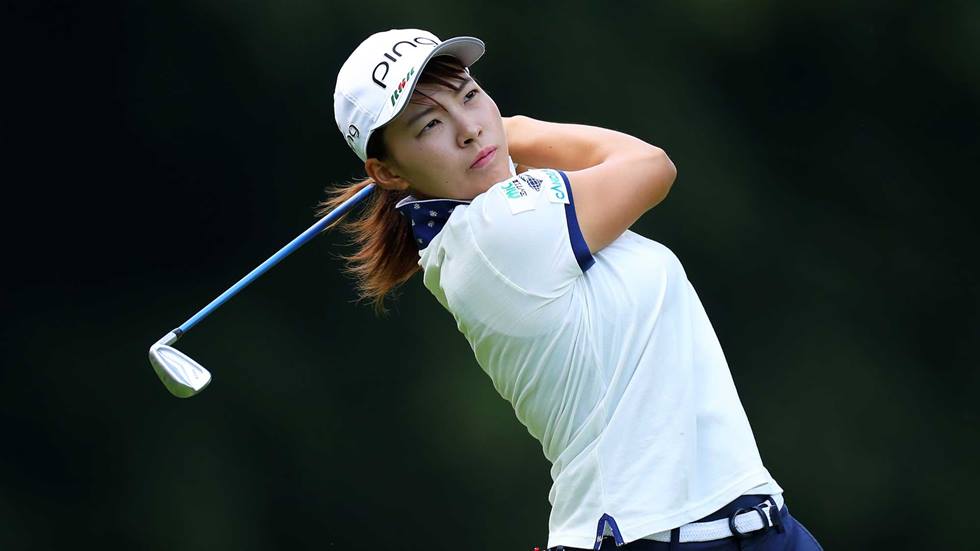 Hinako Shibuno of Japan held onto her lead in the 75th U.S. Women’s Open, just barely.

The 22-year-old Shibuno, who led by three strokes after two rounds, still was that far ahead late in round three before two late bogeys left her one shot ahead of Amy Olson heading to the final round on the Cypress Creek Course at Champions Golf Club in Houston.

Shibuno made her only birdie on the fifth hole in a 3-over-par 74.

“I’m a little shocked to drop a couple of shots near the end,” Shibuno, who captured her first major title in the 2019 AIG Women’s British Open at Woburn Golf Club in England, said through an interpreter. “I’m going to do my best to play as I normally do tomorrow.”

Olson, who has never won on the LPGA Tour, made birdies on the 13th and 17th holes to get close to the lead with a 71. She held the first-round lead with a 67 that included a hole in one.

“The U.S. Open is not easy, but I definitely like my chances,” said Olson, whose best finish in a major was second in the 2019 Evian Championship in France. “I’m really pleased that I was able to finish strong after a tough start.

“It’s all about staying patient, that’s my goal, because you can’t win it on any certain hole. I always love the majors and I’m playing well, so that’s a positive heading into tomorrow.”

Ji Yeong2 Kim of South Korea posted a bogey-free 67 and is three back in a tie for third with Moriya Jutanugarn of Thailand, who dropped back with a double-bogey 6 on No. 17 in a 72.

Yealimi Noh of Concord, Calif., closed the front nine with three straight birdies en route to a 72 and is four strokes behind in a tie for fifth with two-time major champion Lydia Ko of New Zealand, who totaled 72, amateur Kaitlyn Papp and Megan Kang, who both wound up at 74.

Eighth-ranked Minjee Lee of Australia also shot 75 and is tied for 51st, while fourth-ranked Danielle Kang of Westlake Village and Pepperdine had an ugly 79 and is in a tie for 57th that includes sixth-ranked Brooke Henderson of Canada, who also had a bad day at 77.