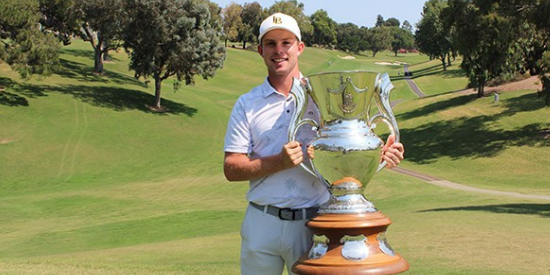 Seeber, a sophomore at Long Beach State who previously won the 2016 SCPGA Tour Cup Championship, the 2016 AJGA Junior All Star Invitational and the 2018 SCPGA Toyota Tour Cup, was in control during the last two rounds before finishing with a score of 67-69-65-67—268, 12-under-par.

After collecting nine birdies against only two bogeys in the last two rounds, Seeber capped his victory by sinking a 25-foot eagle putt on the final hole.

“Great work Clay Seeber!! Impressive win of the 122nd SCGA Amateur Championship at Virginia CC right here in Long Beach. He joins a long list of legendary past champs,” the SCGA said in a Twitter post.