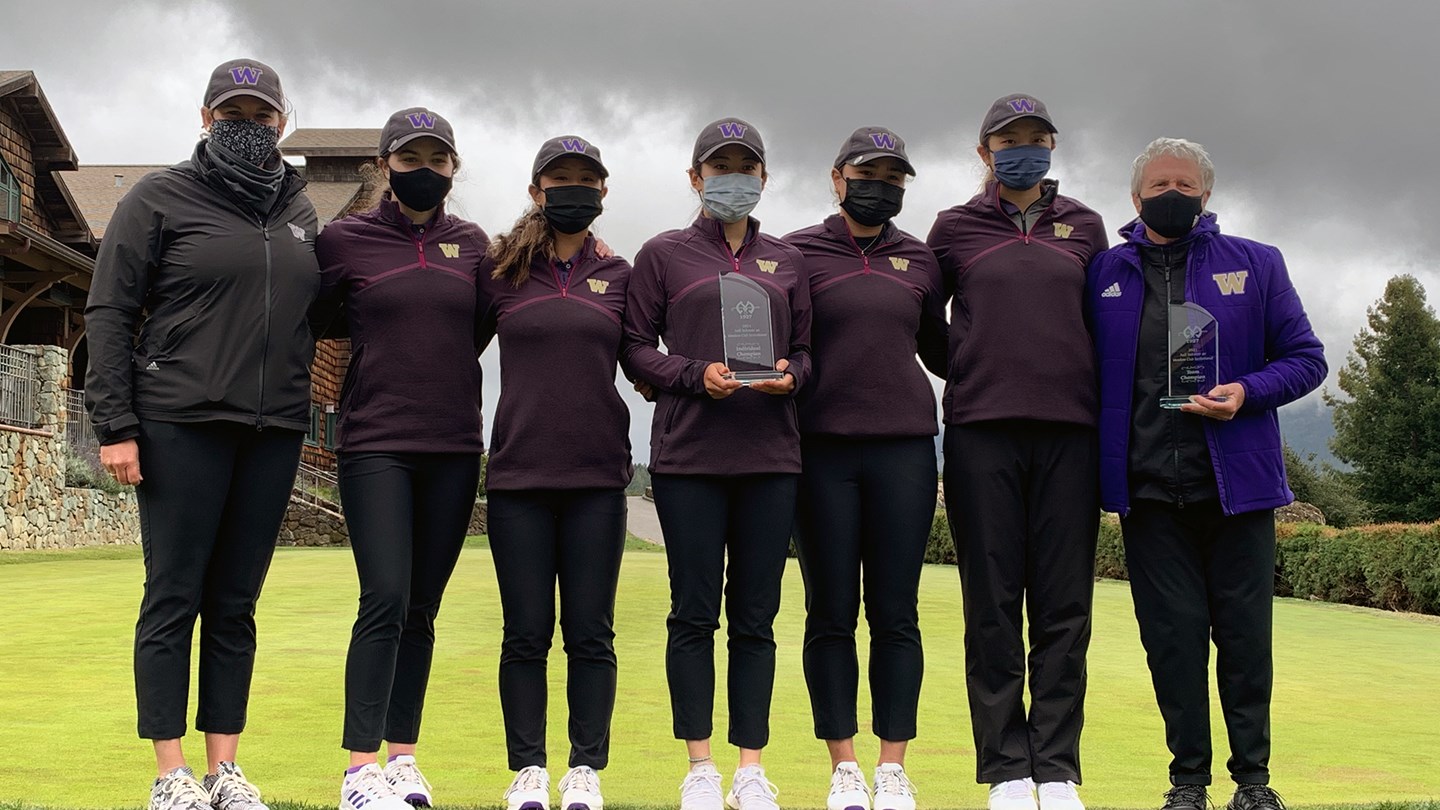 Rino Sasaki of Washington captured the individual title by one stroke and led the Huskies to a six-stroke victory over Stanford in the Juli Inkster Meadow Club Invitational at the Meadow Club in Fairfax.

“That was not lost on me, I for sure knew the situation,” Washington Coach Mary Lou Mulflur said of the Huskies winning for the first time in three years in their first event since the remainder of the 2020 season was canceled because of the Coronavirus pandemic. “It’s hard to believe it’s been a year. I never dreamed it would take so long to get back and I don’t think most people, when they left that golf course, thought anything along those lines.

“But it was fun. It’s a great venue and a really good test of golf. Conditions were not too bad today—a little cold and windy—but overall, not bad. We hadn’t won in a while, so it’s always a good feeling.

“It was just a total team effort. … Everybody contributed and that’s fun to see.”

Sasaki, a senior from Japan, birdied the 17th hole and survived a bogey on the last to earn her second college victory with a score of 68-77-71—216, even-par, despite a triple-bogey to start her second round.

“(Sasaki has) just really matured as a player and a person,” Mulfur said. “She has gotten better at not letting things interfere with her performance and just letting go. She’s gotten so much better at that, and it really shows.”

Juli Inkster, a seven-time major champion on the LPGA Tour, was a three-time All-American at San Jose State, which co-hosts the tournament with USF.