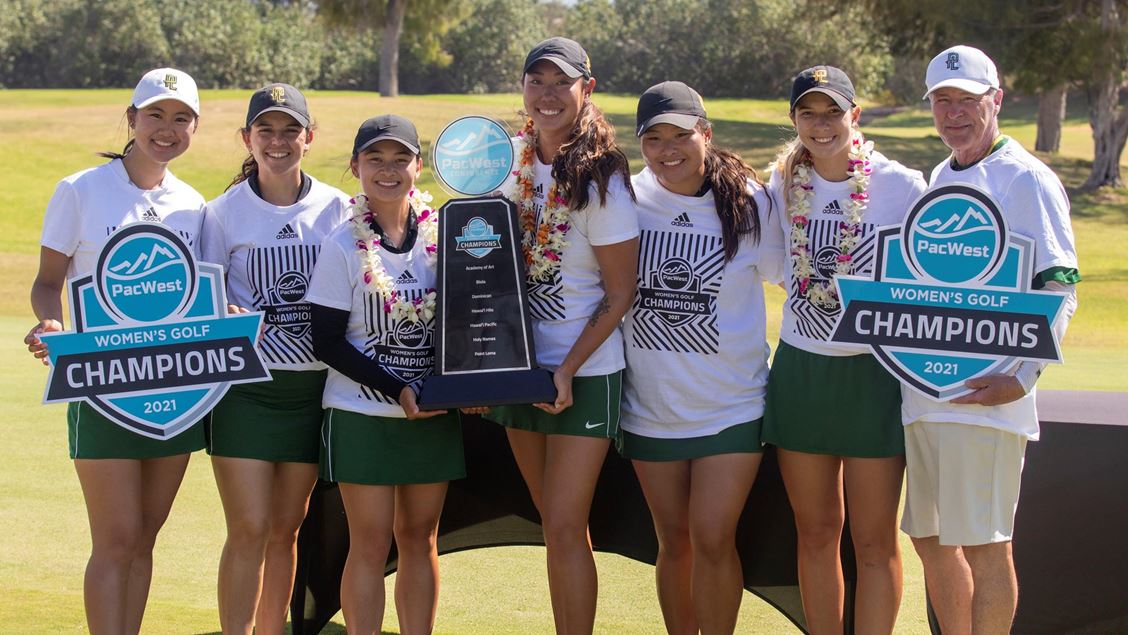 Dominican of San Rafael totaled 297-230—527 for two rounds, but did not have enough healthy players in the final round because of injuries.

“This means so much,” Coach Lance Hancock of top-seeded Point Loma said. “We have a great culture around us now. It starts with the seniors and it has moved out to the women who have come in this year. They have fallen right in line and really bought into our culture. They love each other and it shows, and I think that has made all the difference in the world.

“I prefer to play with a target on our backs. I felt it was well-deserved. These kids can play and I felt in my heart that if they just play the way they have all year, I’m not sure we can get beat. I welcome the opportunity to be in that top seed position and have everyone come after us.

“We had a good system in the practice round, but it didn’t translate on that first day. We were a little shaky and it took a little bit of time. But on that second day, we regrouped and talked about different goals to stay consistent with our process. They then just knocked it out of the park on that second day.”

“Anahi was very dominant this week, she is an outstanding team leader and showed that she has the ability to take over a tournament,” Academy of Art Coach Mitch Lowe said. “It’s so cool that she has won three PacWest Championships in a row, and she’s looking forward to the rest of the postseason. We’re very proud of her.”

Point Loma earned the Pac West Conference’s bid to into the NCAA West Regional at Wildhorse Golf Club in Denton, Texas, on May 3-5.