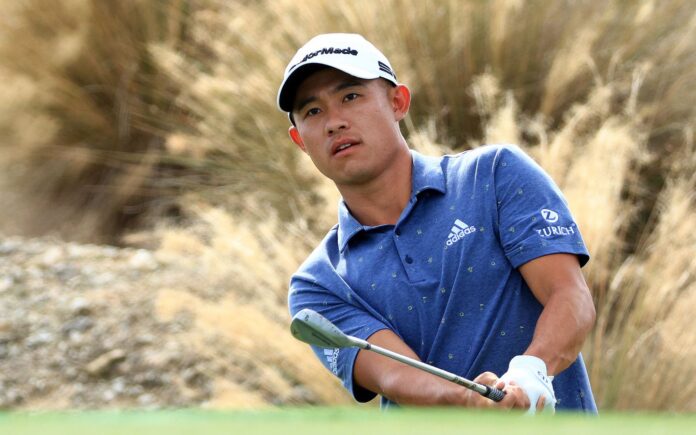 The 54th RBC Heritage has a tough act to follow this week after top-ranked Scottie Scheffler’s victory in the Masters, but PGA Tour has given golf fans one exciting week after another this season.

Stewart Cink won the RBC Heritage last year for the third time among his eight PGA Tour victories, including one in each of the last two seasons, when he posted a four-stroke victory over Harold Varner III and Emiliano Grillo of Argentina at Harbour Town Golf Links in Hilton Head Island, S.C.

“I know that the people who come to watch this tournament are super excited to come out and watch and be back to see some of the people that they know, and go to the same places that they go out on the course and so we sense that, and that makes it feel even bigger,” the 47-year-old Cink said, who will try to claim the fourth Tartan jacket that goes to the winner of the tournament. “It’s a great tournament and we look forward to being there another year.

“I feel so relaxed here. I think it’s the vibe. Is it the week after the Masters vibe or is it the Hilton Head Island vibe? Maybe a little bit both. Coming after the grindhouse that Augusta National can be … it’s nice to come here and relax a little bit, exhale.

“I was just so relaxed and lackadaisical at the start on my first shot (last year) that I just kind of didn’t really go through my normal preparation. Just completely went to sleep at the wheel. But, then I really played very, very well the rest of the way.”

Said Varner: “He’s old and he’s kicking everyone’s ass. It inspires me. It inspires me to know that I can play golf for a long time. He’s been playing well all year, though, so it’s not like I’m surprised, but this week he’s played unbelievable.”

The winner is presented the trophy and the Tartan jacket on the 18th green, below the colorful Harbour Town lighthouse on the shores of Calibogue Sound.

Other past champions in the RBC Heritage field include Wesley Bryan, Jim Furyk, Brian Gay, Satoshi Kodaira of Japan and C.T. Pan of Taiwan.

Based on history, they might have to beat Cink to win.

1. Collin Morikawa, United States – The second-ranked Morikawa is coming off a solo fifth in the Masters after solo second in the Genesis Invitational and a solo second in the CJ Cup at the Summit among six top-10 finishes on the PGA Tour this season. He was second in the RBC Heritage after three rounds in the 60s last season before closing with a 72 to tie for seventh in his second start in the event.

2. Justin Thomas, United States – JT, ranked eighth on the world, posted his sixth top-10 result of the season last week with a tie for eighth in the Masters, his best round a 67 in the second day. He also was third at Mayakoba and in the Valspar, tied for fifth in the Sentry TOC and was solo sixth in the Genesis Invitational. Thomas tied for eighth in the RBC Heritage last season, closing with 66-66-63.

3. Cameron Smith, Australia – The Aussie, ranked fifth in the world, was in the hunt most of the way before finishing in a tie for third in the Masters after winning the Players Championship and the Sentry TOC among five top-10 finishes on the PGA Tour this season. Smith led the RBC Heritage after opening with a sizzling, 9-under-par 62 last year before winding up in a tie for ninth after closing with a 66.

4. Dustin Johnson, United States – The South Carolina native hasn’t played as well as he would like in his home state event, with his best results in six starts a tie for 13th last year, a tie for 16th in 2018 and a tie for 17th in 2021. The ninth-ranked Johnson is coming off a tie for 12th in the Masters after tying for ninth in the Players Championship and finishing fourth in the WGC-Dell Technologies Match Play.

5. Shane Lowry, Ireland – The 2019 Open champion at Royal Portrush made another good run in a major before tying for third in the Masters. Lowry also finished second in the Honda Classic, tied for 12th in the Valspar and tied for 13th in the Players Championship this season. He closed with a 66 last year to tie for ninth in the RBC Heritage after leading with a 65-68 start in 2020, before finishing in a tie for third.

6. Patrick Cantlay, United States – The sixth-ranked Cantlay will be trying to bounce back from a tie for 39th in the Masters, where he shot 75-79 in the middle rounds. He has been in a bit of a slump since finishing second at Phoenix, fourth in the Sentry TOC, tying for fourth at Pebble Beach and finishing ninth in the AmEx. Tied for third in the RBC Heritage in 2016 and 2021, and tied for seventh in 2015.

7. Sungjae Im, South Korea – The first-round leader in the Masters with a 67 wound up in a tie for eighth after tying for second at Augusts in 2020. Im has five top-10 finishes on the PGA Tour this season, including his second victory on the circuit in the Shriners Children’s Open. He was fourth in the RBC Heritage last year after three rounds in the 60s before closing with a 72 to wind up in a tie for 13th.

8. Corey Conners, Canada – Following his third straight top-10 finish in the Masters with a tie for sixth that is his best result in a major, Conners could  be closing in on his second PGA Tour victory after winning the 2019 Valero Texas Open. The Canadian also finished third in the WGC-Dell Technologies Match Play recently. He tied for fourth in the RBC Heritage last season after tying for 21st a year before.

9. Joaquin Niemann, Chile – The 23-year-old Niemann is up to No. 15 in the world even though he struggled after an opening 69 and tied for 35th in the Masters. He claimed his second PGA Tour victory this season in the Genesis Invitational, tied for fifth at Mayakoba and tied for sixth in the Farmers. In his first appearance in the RBC Heritage last season, Niemann pasted four rounds in the 60s to tie for fifth.

10. Stewart Cink, United States – A year ago, Cink became the third three-time winner of the RBC Heritage, behind only Davis Love III who has won it five times, and tied for second with Jim Furyk at three. He claimed the title by four strokes after also winning the title in 2000 and 2004, and has three other top-10 finishes. However, Cink has only one top-10 this season, a tie for seventh in the Valspar Championship.

1. Cameron Young, United States – The 24-year-old rookie missed the cut in  his first Masters, but was T-2 at Sanderson Farms and in the Genesis Invitational among five results in the top 25 this season.

2. Erik van Rooyen, South Africa – The four-time winner as a professional wound up T-13 in the Players Championship and was T-8 in the RBC Heritage after three rounds last year before a 70 left him T-21.

3. Tom Hoge, United States – Ranks sixth in the FedEx Cup standings after a victory at Pebble, solo second in the AmEx and a T-4 in the RBC Heritage last year, among six finishes in the top-25 this season.

4. Mito Pereira, Chile – The seven-time winner on lower tours has finished solo third in the Fortinet Championship, T-13 in the Valero Texas Open and T-15 in the Genesis Invitational this season.

5. Maverick McNealy, United States – The 11-time winner in his Stanford career was solo second in the Fortinet Championship and T-7 in the Genesis Invitational this season. Finished T-4 in the RBC last year.