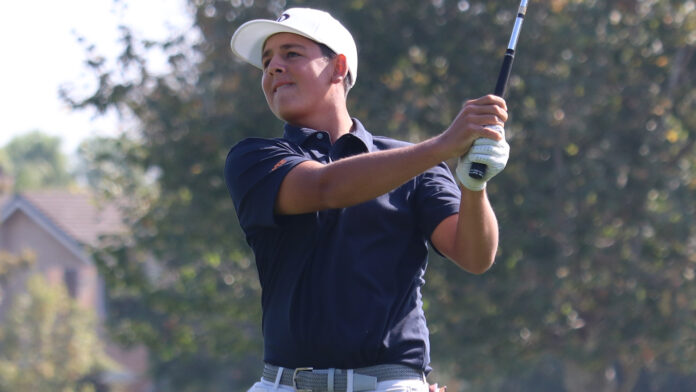 Menante, a junior from Carlsbad, won by three strokes over Pierceson Coody of team champion Texas, Rasmus Hjelm of Colorado State and Carson Lindell of Brigham Young in the 75th annual Western Intercollegiate at Pasatiempo Golf Club in Santa Cruz.

“It’s so great to win here because this course is so difficult with the slopes, greens, the wind and sometimes rain,” said Menante (pictured), who won the Valspar Collegiate in his last start for his first college victory. “This is great for my confidence and sets me up perfectly going into the conference championship.

“Today was my Grandma’s birthday and it was great to have her and the rest of my family out here to watch me win today. This means so much for my confidence with the conference finals and the regionals coming up.”

“It was a challenging week, but it’s great to win on a difficult golf course with tough greens against some strong teams,” Texas Coach John Fields said. “You have to play well here to finish on top, and we did, and we’re looking forward to the rest of the season.

“I’m just so proud of these guys.”

Coach Michael Beard of defending national champion Pepperdine said: “It was a great week for us even though we came up one short. We started the week out well in tough conditions, but just couldn’t finish it off today. But we have a great team with veteran players and we’ll be ready for the conference tournament and the regionals.”