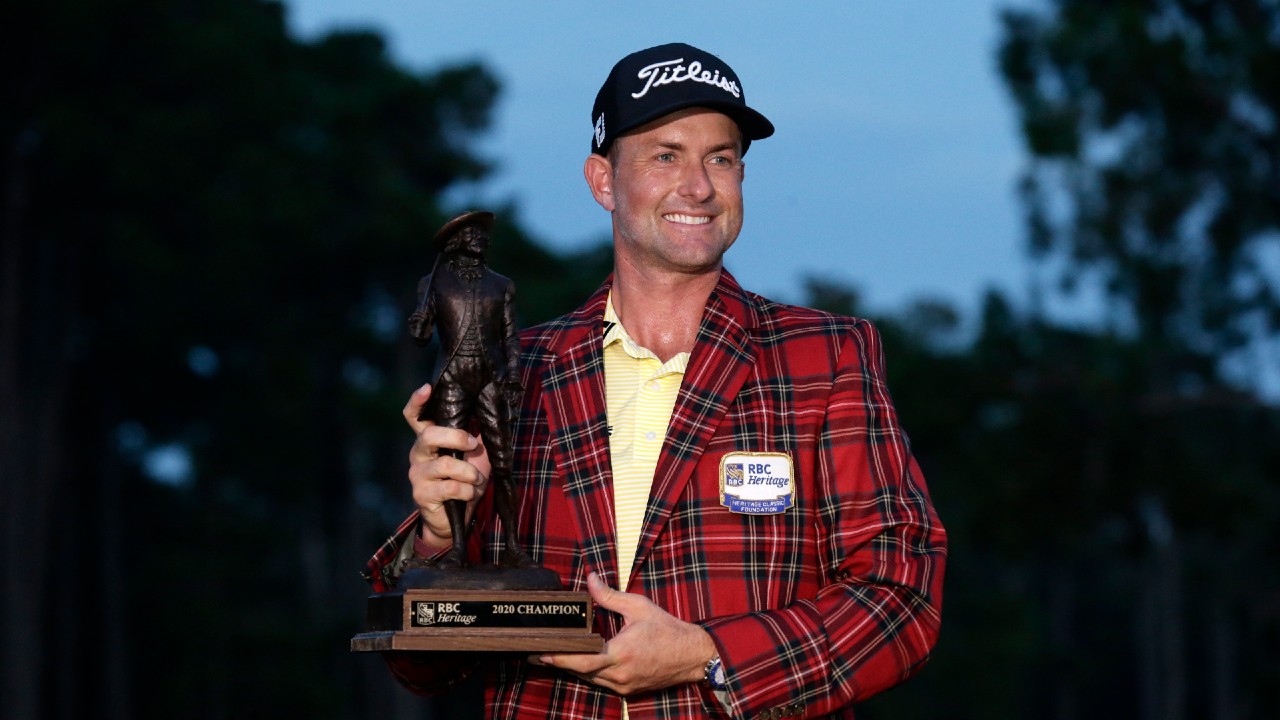 The RBC Heritage at Harbour Town Golf Links in Hilton Head, S.C., returns to its traditional spot on the PGA Tour schedule this week, following the Masters, and Carolina boy Webb Simpson will be back to defend his title.

Last year’s tournament was moved to June after the PGA Tour’s shutdown because of the Coronavirus pandemic and was the second event to be played when play resumed, a week after the Charles Schwab Challenge.

“Hilton Head has always been one of my favorite places on tour,” said the ninth-ranked Simpson, who claimed his second victory of 2020 and seventh on the PGA Tour by one stroke over Abraham Ancer of Mexico by posting four scores in the 60s.

“RBC Heritage has always been one of my favorite tournaments on tour even before I won. RBC Heritage was one of the very few tournaments I was crossing my fingers would not get canceled last year.”

In his previous 10 starts at Harbour Town, Simpson recorded six top-20 finishes, including a playoff loss to Graeme McDowell of Northern Ireland in 2013, before finally claiming the Plaid Jacket last year.

Even though he missed the cut a week earlier in the Charles Schwab Challenge, Simpson said he was able to keep his game sharp at home in Charlotte, N.C., because his local club never closed during the break.

“As a golfer, Quail Hollow Club never shut down so I was able to practice and work on my craft,” said Simpson, who played college golf not far away at Wake Forest. “Thankfully, we have a small gym in my house and I was able to stay in shape. My trainer lives in Charlotte. So aside from not playing tournaments, my day-to-day didn’t change a lot.

“I missed the cut my first week back and I was surprised since I had been playing and practicing a lot, but then we noticed a little something in my game Thursday at Charles Schwab which led me to have a great week the next week at RBC Heritage.

“ … I’ve always felt they could hold a major at Harbour Town.”

Sixth-ranked Bryson DeChambeau had committed to the RBC, but withdrew on Monday.

Simpson, who ended a streak of four straight first-time PGA Tour winners in the RBC Heritage, will try to become the first back-to-back winner since Boo Weekley in 2007 and 2008.

The 56-year-old Love, another Carolina boy, holds the tournament record with five victories, the last in 2003. It’s a mark that might never be broken.