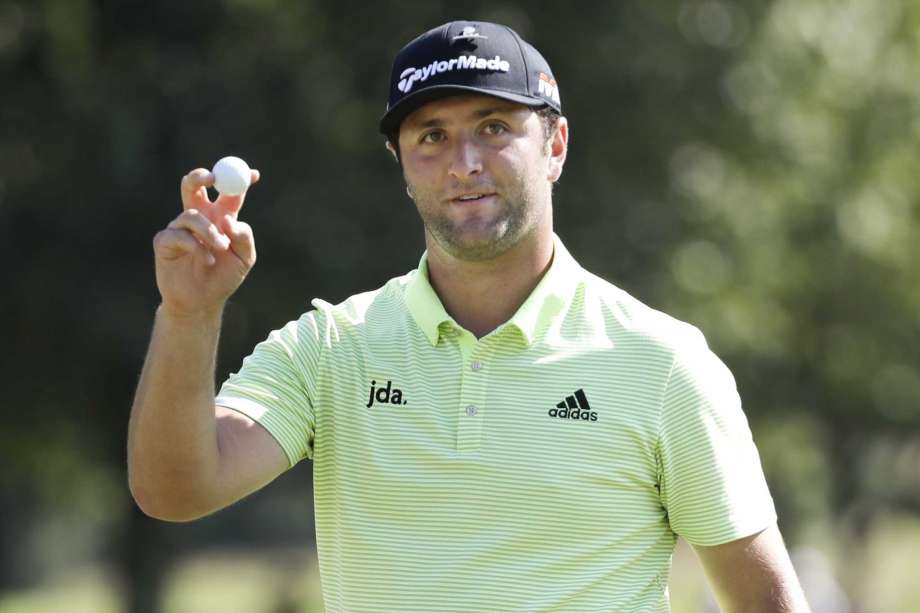 The second of three events in the FedEx Cup playoffs, the BMW Championship, begins on Thursday in Owings Mills, Md., at Caves Valley Golf Club—which has never hosted a PGA Tour event.

And then there was the 2007 Palmer Cup, in which the United States routed Europe, 18-6.

Five of the eight Americans on that team—second-ranked Dustin Johnson, Webb Simpson, Brian Harman, Billy Horschel and Chris Kirk—are in the top 70 in the FedEx Cup standings and will be in the field this week.

“It was a great golf course,” said Horschel, who is 27th in the point standings and must stay in the top 30 to make the Tour Championship next week at East Lake Golf Club in Atlanta. “I’m shocked we’ve never played a tournament there since then. I’ve heard they’ve lengthened it and made some changes, but it’s a great course.

“We had a hell of a team. It was the first time I played in a team competition. I was young, cocky, I think I’m the American Sergio Garcia, the antagonist, so I came up with FTE. You can think of what that means. Every time we’re winning a hole, we’re saying, ‘FTE! FTE!’

“Obviously, you look back and there were a lot of guys on their team who I respect. It wasn’t anything against them, it was just a way to pump ourselves up.”

Said Simpson: “I love that golf course. We had nationals there my freshman year (at Wake Forest in in 2005), so I’ve played there a few times. A lot of drivers, fairly wide landing areas, pretty hilly golf course. I don’t remember a whole lot after that.”

Top-ranked Jon Rahm of Spain is the defending champion in the BMW Championship, having beaten Johnson in a playoff last year at Olympia Fields Country Club near Chicago, and Rahm will be trying to bounce back from blowing the lead down the stretch on Monday and finishing third in The Northern Trust

Tony Finau, who won the Northern Trust in a playoff over Cameron Smith of Australia, took the lead in the FedEx Cup standings, with Rahm second followed Smith, 10th-ranked Patrick Cantlay and fifth-ranked Justin Thomas.

Third-ranked Collin Morikawa, the leader at the end of the regular season, slipped to sixth in the standings, and rounding out the top 10 are Jordan Spieth, Harris English, sixth-ranked Bryson DeChambeau and Abraham Ancer of Mexico.

They all will make it to East Lake and will have a chance to win the FedEx Cup.

1. Jon Rahm, Spain – Still No. 1 in the world despite letting what seemed like a certain victory in the Northern Trust slip away on Monday, Rahm defends his title in the BMW after beating Dustin Johnson with a birdie on the first playoff hole last year for his only title in the playoffs. The U.S. Open champion has 13 finishes in the top 10 this season, including five in the top three.

2. Xander Schauffele, United States – The fourth-ranked Cantlay, coming off his Gold Medal-winning performance in the Olympics, tied for 11th in the Northern Trust, just missing his sixth top-10 in a season that includes two victories. He tied for 12th in the BMW Championship last year after finishing second the year before, his best career result during the FedEx Cup playoffs.

3. Justin Thomas, United States – The 2017 FedEx Cup champion rallied to tie for fourth on Monday in the Northern Trust, his best finish since winning the Players Championship in March. The fifth-ranked Thomas captured the 2019 BMW Championship at Medinah near Chicago, one of his two playoff victories, the other coming in the 2017 Dell Technologies Championship.

4. Cameron Smith, Australia – Even though he lost to Tony Finau on the first playoff hole in The Northern Trust on Monday, it was Smith’s best career finish in the playoffs next to two thirds in 2018. It gave Smith eight top-10 finishes this season, and he climbed to third in the FedEx point standings. His best result in the BMW Championship was a tie for third last season.

5. Dustin Johnson, United States – The second-ranked Johnson continued his up-and-down play when he missed the cut for the second time in three events last week in The Northern Trust. However, he can’t be counted out yet at 22nd in the FedEx Cup standings, as he has six playoff victories in his career, including the 2016 BMW, and lost in a playoff to Jon Rahm last year.

6. Corey Conners, Canada – After shooting 62 in the second round of The Northern Trust last week, Conners wound up in a tie for eighth and climbed to 20th in the FedEx Cup point standings on the strength of eight top-10 finishes and 17 in the top 25 this season. Conners’ best result in the BMW Championship and in the playoffs was a tie for seventh two years ago.

7. Collin Morikawa, United States – The third-ranked Morikawa hasn’t played his best golf since winning the Open Championship and tying for fourth in the Olympics, and last week he missed the cut in the Northern Trust to fall out of the top spot in the FedEx Cup standings to sixth. He tied for 20th in the BMW Championship last year by playing the weekend in 68-68.

8. Brooks Koepka, United States – Despite playing the middle rounds in 64-68 last week, the eight-ranked Koepka could manage only a tie for 31st in The Northern Trust and remained 15th in the FedEx Cup point standings. He has only three top-10 finishes during the playoffs in his career, all in the Tour Championship, with the best coming in 2019, when he tied for third.

9. Louis Oosthuizen, South Africa – The seventh-ranked Oosthuizen returns after withdrawing from the Wyndham Championship and The Northern Trust because of a neck injury, but remains a solid 11th in the FedEx point standings thanks to eight straight finishes in the top 20, six of them in the top 10. He has five top-25s in the BMW, the best a tie for 11th three years ago.

10. Tony Finau, United States – By claiming his first PGA Tour victory since the 2016 Puerto Rico Open with a playoff win over Cameron Smith of Australia in The Northern Trust, Finau took the lead in the FedEx Cup point standings. Not only that, he rose to ninth in the World Golf Rankings. He has finished in the top 10 each of the last four years in the BMW Championship.

1. Keith Mitchell, United States – Birdied the last three holes to T-8 in The Northern Trust, climbing to 63rd in point standings with his highest career finish in the FedEx Cup playoffs.

2. Kyoung-Hoon Lee, South Korea – Thanks to his first PGA Tour victory this year in the AT&T Byron Nelson, Lee is 37th in the standings, and could make the Tour Championship.

3. Talor Gooch, United States – T-5 in the Players is one of his three top-5s this season, but at No. 67 in the point standings he needs a big finish this week to make the Tour Championship.

4. Harry Higgs, United States – T-15 in Wyndham and T-16 in Northern Trust got him to the BMW at No. 69 in the standings. Solo second in Safeway, T-4 in PGA are his best this season.

5. Matt Jones, Australia – Victory in the Honda Classic in March got him into the BMW at No. 42 in the point standings. T-8 in the 2013 BMW Championship by playing the weekend in 67-67.