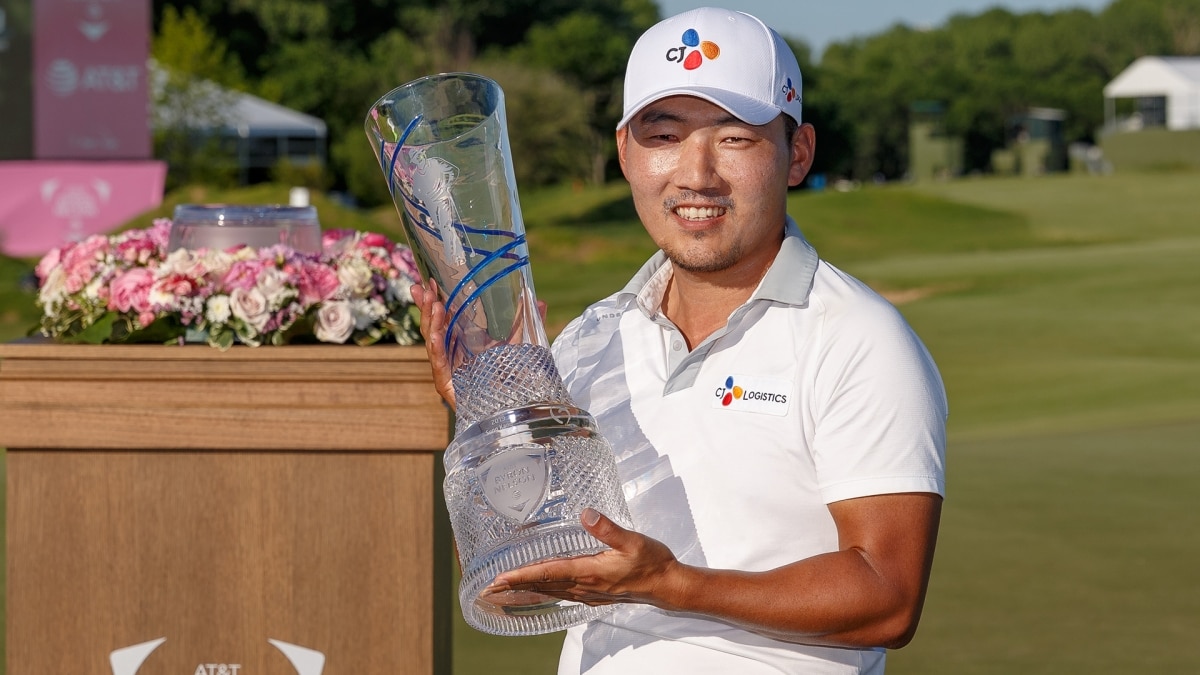 PGA Tour players who prefer to play their way into a major championship will tee it up on Thursday in the AT&T Byron Nelson, which dates to 1926 and will be contested for the first time at TPC Craig Ranch in McKinney, Texas.

Much of the field will be warming up for the 103rd PGA Championship next week on the Ocean Course at Kiawah Island Golf Resort in Kiawah Island, S.C.

Sung Kang of South Korea claimed his only PGA Tour victory in the 2019 AT&T Byron Nelson, but was unable to defend his title last year because the tournament was cancelled because of the Coronavirus pandemic.

Kang (pictured) shot 10-under-par 61 in the second round, but still had to rally with three straight birdies through No. 9 and three more through No. 16 in a closing 67 to win by two strokes over Matt Every and Scott Piercy after missing the cut in his two previous starts.

“It was definitely a lot easier because staying home, sleeping on my own bed,” said the 33-year-old Kang, who has become a resident of a Dallas suburb. “My little one is here. My wife is here, friends here.

“And then the spectators. They knew I live in Coppell so they were saying, ‘Go Coppell, Go Cowboys.’ I mean, they definitely supported me a lot.”

Kang won the 2019 AT&T Byron Nelson at Trinity Forest Golf Club in Dallas, but defending on a different course shouldn’t bother him since he is a longtime member at TPC Craig Ranch.

Top-ranked Dustin Johnson committed to play, but withdrew on Monday because of left knee discomfort.

The AT&T Byron Nelson will be the latest PGA Tour event to allow fans back onto the course, as many tournaments since the three-month shutdown because of the Coronoavirus pandemic ended last year have been held without spectators.

“We’re excited to safely welcome fans back to the 2021 AT&T Byron Nelson,” said Jeff Walter, AT&T Byron Nelson Tournament Chair. “We are energized by the excitement shown by the local community and particularly the City of McKinney.”

Rory McIlroy said after winning the Wells Fargo Championship last week that having fans on the course made the difference for him.