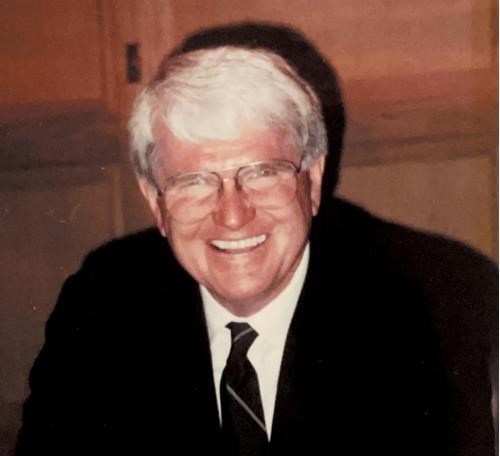 Pat Rielly, former president of the PGA of America, passed away on May 4 at Eisenhower Medical Center in Rancho Mirage, Calif., due to heart failure at the age of 87.

Rielly served as president during one of golf’s watershed moments in race relations during the 1990 PGA Championship, and was a leader who applied the necessary toughness during his 55 years of PGA membership after serving four years of service in the U.S. Marine Corps, where he attained the rank of captain before his discharge in 1964.

“The PGA of America mourns the passing of our 26th President, Pat Rielly,” PGA President Jim Richerson said. “As a former Marine, Pat knew all about excellence in leadership, and he proved that time and time again through his various roles in our association.

“Pat led by example in his efforts to help position PGA Professionals as business leaders and to place the best interests of the PGA Professional at the center of all important decisions. We extend our sympathies to Pat’s wife, Sue, and children Suzie, Mike, Maggi, and Rick.”

Rielly struggled with stuttering as a youngster, but like most challenges that life scattered in his path, he navigated around them.

And when Rielly spoke for the PGA of America, people listened.

“When Pat Rielly spoke before the embers at annual meeting, you could hear a pin drop,” his eldest son Rick, said. “He became one of the most prolific speakers I’ve been around. He always saw the end result, and whenever faced with making decisions, it was for the right reasons.

“He always talked about the rank and file PGA members. … He was my idol, my hero.”

Pat Rielly was the PGA Head Professional at Annandale Golf Club in Pasadena from 1972-2002.

When he concluded his two-year PGA presidency in 1990, Rielly drew praise for a term that included the elevation of the PGA’s TV properties, the Ryder Cup and the PGA Championship, securing what is now the annual PGA Merchandise Show, and non-stop focus on a better future for PGA Members.

Yet, it was the way he handled the sensitivity of the 1990 Shoal Creek controversy prior to the PGA Championship that became golf’s opening step into a new era of inclusion.

Rielly helped lead the charge for golf in requiring all future PGA of America Championship venues to have open membership policies, a decision the rest of the sport followed shortly thereafter.

“The leadership example he set and his work ethic had an impact,” said Mike Rielly, Chief Executive Officer of the UC Berkeley Executive Education at the Haas School of Business.

Patrick John Rielly was born on March 6, 1935, in Farrell, Pa., and was delivered into the world in an apartment, not in a hospital, on a floor above an ice cream store.

His family said that Rielly developed a lifelong love for ice cream, but everything was hard-earned. His mother washed dishes at Sharon Country Club, which led to Rielly and his brother caddying to help put food on the table.

A standout high school quarterback, Rielly earned a scholarship to Penn State in football and track. He met his future wife, Sue, on campus. Sue would later become his anchor in a public life of service through golf.

Rielly was captain of the Nittany Lions’ golf team his senior year, and graduated in 1958, with a B.S. degree in Business Management and Labor Management Relations.

Following his service in the U.S. Marine Corps, Rielly turned to professional golf, and was elected to PGA Membership in 1966. He was a member of the Southern California PGA Board of Directors from 1962-85, and  was Section President from 1971-73.

Rielly was the 1979 Section Merchandiser of the Year, the same year he completed a three-year term on the PGA’s national Board of Directors. In 1993, Rielly entered the SCPGA Hall of Fame and in 2005, he was inducted into the PGA Hall of Fame.

Perhaps one Rielly honor, the 1983 national Bill Strausbaugh Award, epitomized his passion for the PGA Professional. The award honors distinguished work in mentoring fellow PGA Professionals in improving their employment situations and through service to the community. Rielly could have qualified decades earlier.

“Pat single-handedly helped me get into the PGA,” said former PGA President Tom Addis III, who met Rielly in 1969, while an assistant professional at Singing Hills Country Club in El Cajon.

A funeral service was conducted on May 13 at Holy Family Catholic Church in South Pasadena.