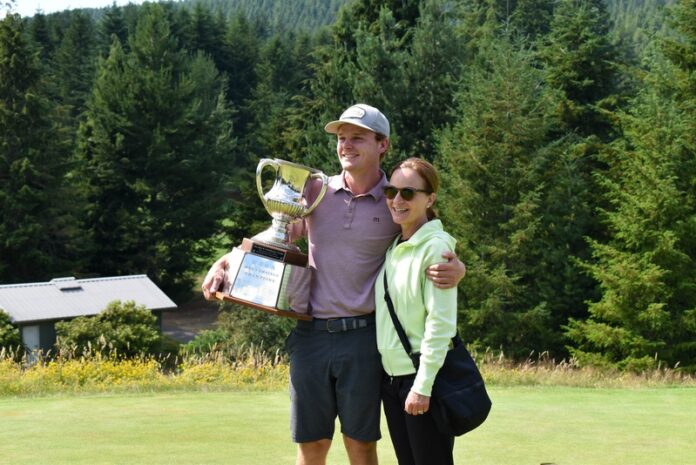 Manke, who also won the tournament in 2018, became the event’s first multiplechampion in 52 years, since Don Scott won back-to-back titles in 1968-69.

“My goal before we started (the final round) was to get to 15-under,” said Manke, who helped Pepperdine win the NCAA Championship last month. “On 18 I had a choice to go for (the green) or lay up, and I needed a birdie to reach my goal, so luckily I worked it out.

“Having that final group experience is pretty big. To go down the stretch with Brian Mogg and Michael Almonte back in 2018 just gave me more experience to go out there today. … To be back in my home state, for this to be my second title and have it be the 100th at that, to have my name on the trophy two times with some of the greatest players in Washington feels pretty awesome.”

Manke, who won the 2019 West Coast Conference championship and has transferred to Washington to play next season as a redshirt senior, posted a score of 66-67-68—201, 15-under-par by making a birdie on the 18th hole for the third straight day.