No birdies, no problem for Crane 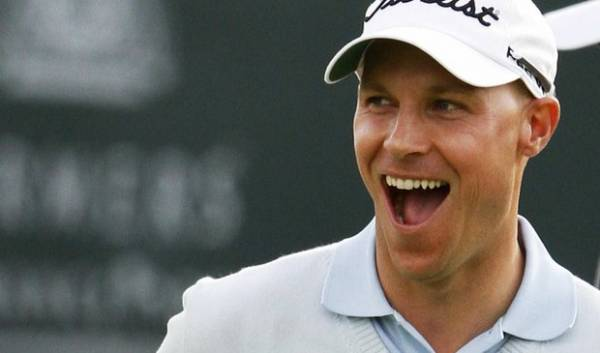 Ben Crane didn’t card a single birdie in his 3-over-par 73 in the final round, but it was good enough to claim his first PGA Tour victory in three years by one stroke over Troy Merritt in the weather-plagued FedEx St. Jude Classic at TPC Southwind in Memphis, Tenn.

Crane, who opened with scores of 63-65-69, took a two-stroke lead to the final hole, where he hit his approach from the rough into a greenside bunker and splashed out to within 12 feet before two-putting for a winning bogey.

“Boy, what a battle,” said Crane, who claimed his fifth PGA Tour victory but first since the 2011 McGladrey Classic. “All those putts that were going in the first three days didn’t go in today. I hit some good ones that didn’t go in.

“It was safety-first on the final hole with a two-stroke lead. … I changed a bunch of stuff (in my swing) this year, so this is a big surprise.”

Merritt, whose only pro victory came in the 2009 Mexico Open on what is now the Web.com Tour, stayed close to Crane with birdies on the second and third holes, but could not make another the rest of the way en route to a 71.

Webb Simpson, the 2012 U.S. Open champion, playing his best golf since a tie for third in the Hyundai Tournament of Champions in January, closed with a 66 and finished two shots back in a tie for third with Matt Every, who totaled 70, and Carl Pettersson of Sweden, who came in with a 69.

Ian Poulter of England carded a 64 that was the low round of the day and tied for sixth, three strokes behind, with James Hahn (67), Andrew Svoboda (70), Billy Horschel (70) and Brian Harman (72).

Phil Mickelson, seeking his first top-10 finish of the season on the PGA Tour and some momentum heading to the U.S. Open at Pinehurst, made three bogeys on the back nine and shot 72 to tie for 11th, equaling his best finish of the year on the circuit in the Wells Fargo Championship.