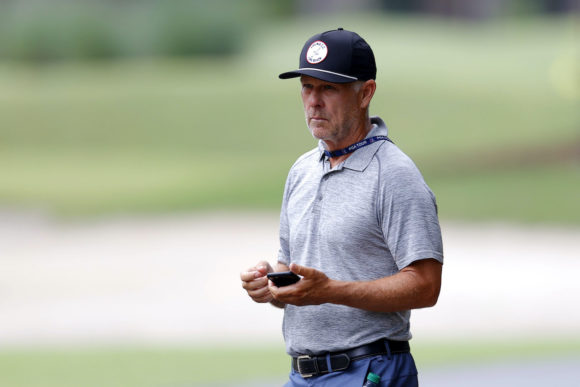 Jamie Mulligan of Virginia Country Club in Long Beach has been named PGA Teacher and Coach of the Year, and Joe Grohman of Old Ranch Country Club in Seal Beach was selected winner of the Patriot Award by the PGA of America.

Mulligan (pictured) and Grohman, both members of the Southern California PGA, will be presented their awards during the 106th PGA Annual Meeting in Phoenix, Ariz., on Nov. 1-5, 2022.

“We have so many exceptional PGA Professionals in our section, and Jamie Mulligan and Joe Grohman exemplify the ‘best of the best’ in their categories,” said Robin Shelton, PGA, Newport Beach Country Club General Manager and President of the Southern California PGA Section.

“They both possess a selfless spirit for the game.  Jamie has one of the most caring hearts and creative approach to learning and coaching, and Joe cares so much about our military. They represent all that is great about the PGA Professional.”

Mulligan, Chief Executive Officer of Virginia Country Club in Long Beach for the last 20 years, was chosen PGA Teacher and Coach of the Year for his “outstanding services as a golf teacher, innovator and coach.”

Featured regularly as one of GOLF Magazine’s Top 100 Teachers and also writing for Golf Digest, Mulligan was among the first instructors to study the swing’s biomechanics in the 1980s. His self-developed culture of coaching is based on efficiency of movement, as he recognizes the physical and mental capability of each student and leverages their attributes to help them reach their full potential.

Mulligan is also a member of the Long Beach State Hall of Fame, and he continues to serve as a consultant for the school’s men’s and women’s golf teams.

Having conducted more than 200 coaching seminars at the chapter, section and college levels, Mulligan enjoys sharing his wisdom with colleagues while helping to develop the next generation of PGA Members.

Mulligan founded the California Teaching and Coaching Summit in 2015 and remains a co-chairman of the organization. He also founded the Smooth Swing Golf School and Jamie Mulligan Junior Golf Camp, impacting more than 30,000 golfers of all ages and levels.

In conjunction with his leadership at Virginia Country Club, Mulligan helped design many aspects of their world-class practice facility.  This includes a six-hole golf course, a world-class chipping green, a separate shag range as well as a 400-yard double-sided driving range, one of the largest in Southern California.
Grohman, the PGA Director of Instruction at Old Ranch Country Club, will receive the 2021 Patriot Award for patriotism through the game of golf and demonstrating unwavering commitment and dedication to the men and women who have valiantly served and protected the United States of America.

Grohman serves as a National Trainer for PGA HOPE (Helping Our Patriots Everywhere), the signature military program of PGA REACH. In this capacity, he is responsible for delivering PGA HOPE golf training seminars to PGA Members nationwide.

In addition, Grohman serves as host PGA Director of Instruction at Old Ranch Golf Practice Center. An eight-time recipient of the Southern California PGA Section Patriot Award (2014-21), he has also been honored with the Section’s Youth Player Development Award (2017), Bill Strausbaugh Award (2016), Merchandiser of Year (2014), Golf Professional of the Year (2013) and President’s Award (2012).

Grohman has also chaired the SCPGA Diversity and Inclusion Committee since 2009. In 2010, he was recognized with the Armed Forces Recreation-Special Citation Award, the U.S. Navy’s highest award for civilian recreation employees. He was elected to the Long Beach Golf Hall of Fame in 2016.