Molinari chips in for birdie, leads Wells Fargo by 1 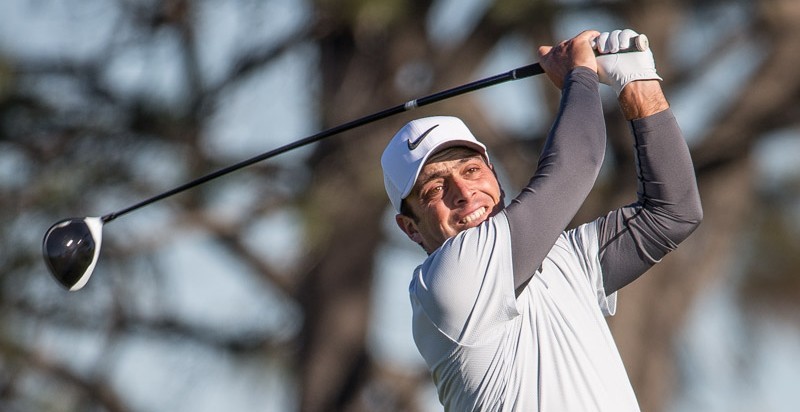 Francesco Molinari of Italy rode his putter for most of the day, but it was another club that put him on top of the scoreboard in the Wells Fargo Championship.

Molinari, who has finished in the top 25 in eight of 11 events on the PGA Tour this season, chipped in from 25 feet for a birdie to cap a 6-under-par 66 and take a one-stroke lead over four players at Eagle Point Golf Club in Wilmington, N.C.

“Obviously today I made a few more putts than maybe the last couple of months, which is always nice,” said Molinari, who has won six times as a pro but never on the U.S. Tour. “I went back from Augusta and (the RBC Heritage) knowing that I was playing really well but I needed to make more putts, so I worked on the putting a lot the last couple weeks and it paid off today.

“I was worried (his approach shot on the 18th hole) was going to be in the second cut, and I was happy when I saw it was in the first cut and it was make-able for sure. It came out just perfect and it was a great way to end up the day, a very good round.”

J.B. Holmes birdied five of the last seven holes, including the last three in a row, to shoot 67 and was tied for second with Alex Noren of Sweden, who birdied two of his last three. Grayson Murray and Brian Campbell both were tied for the lead until closing with bogeys and also carded 67s.

Ben Martin birdied the last two holes for a 66 that tied for sixth with Seamus Power of Ireland and Ken Duke, while rookie star Jon Rahm of Spain totaled 69 and is tied for ninth with Chris Kirk, Seung-Yul Noh of South Korea, Shawn Stefani, Rafa Cabrera Bello of Spain and Jonathan Randolph.

Top-ranked Dustin Johnson, playing for the first time in more than a month because of a back injury that knocked him out of the Masters, is tied for 15th at 70, while Phil Mickelson and Adam Scott are tied for 31st at 71, and defending champion James Hahn of Alameda and Cal is tied for 53rd at 72.