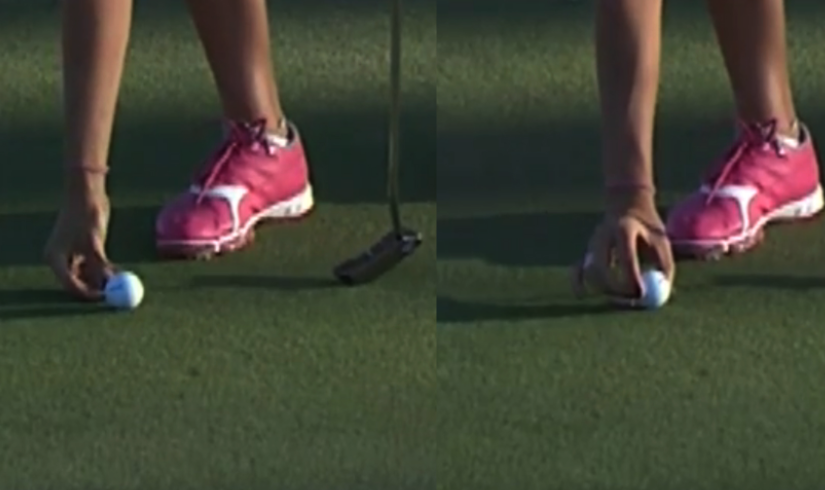 Lexi Thompson was penalized four strokes at the ANA Inspiration after a viewer reported a violation she had committed.

Thompson did not properly place her ball down where she had marked her spot before putting out on 17 during the third round of the event on Saturday. You can see a video below of what happened:

Lexi Thompson was assessed a 4-shot penalty for an incorrect marking of a ball and signing an incorrect card yesterday at #ANAInspiration pic.twitter.com/6pNJ5haql9

The LPGA issued a statement explaining what happened. They received an email from a viewer on Sunday about the violation and investigated. They determined the viewer was correct. Not only was Thompson penalized two strokes for misplacing her ball, but she also was penalized another two strokes for signing an incorrect scorecard. 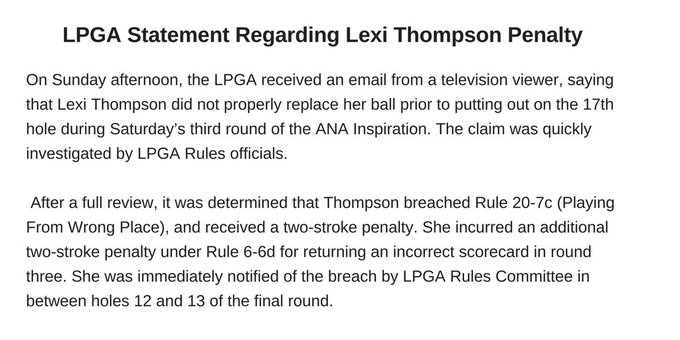 Thompson was notified of the issues between holes during her final round on Sunday. She was still able to finish 14 under for the tournament, forcing a playoff with So Yeon Ryu.