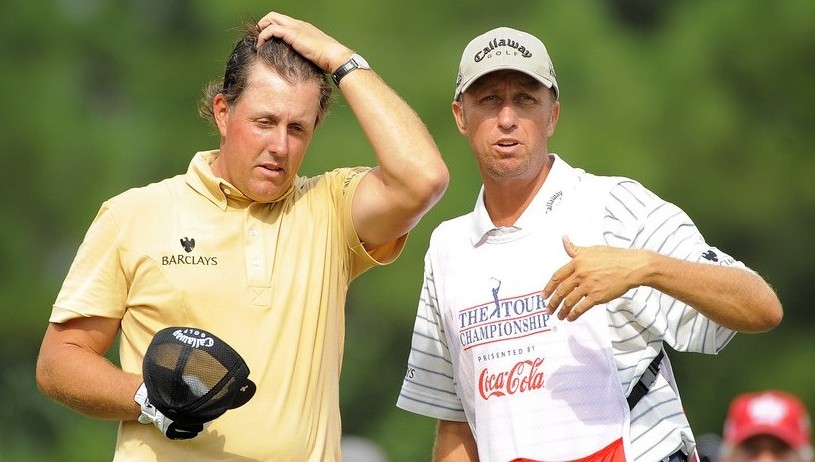 Phil Mickelson has split with caddie Jim “Bones” Mackay after a memorable 25-year run, both saying the decision was mutual.

Mickelson captured 42 PGA Tour victories including five majors with Mackay on his bag, but has not won since claiming the third leg of the Career Grand Slam by winning the 2013 Open Championship at Muirfield.

“After 25 very rewarding and memorable years, Bones and I have mutually decided to end our player-caddie relationship,” Lefty said in a statement. “Our decision is not based on a single incident. We just feel it’s the right time for a change.

“Bones is one of the most knowledgeable and dedicated caddies in the world. He is always prepared and has the ability to make decisions in pressure packed situations. Bones is without a doubt one of the most thoughtful people that I have ever known. The next player to work with him will obviously be very lucky.”

Mackay is the only full-time caddie Mickelson has had during his Hall of Fame career.

The 47-year-old Mickelson says his brother, former Arizona State coach Tim Mickelson, will caddie for him the rest of the season. Tim Mickelson subbed for Mackay earlier this season in when Mackay caught a stomach bug in the second round of the WGC-Mexico Championship.

“Player-caddie relationships don’t often last that long. I will always be grateful that I was around to witness so much of Phil’s career,” Mackay said. “When Phil hired me in 1992, I had one dream: to caddie in a Ryder Cup.

“Last year, at Hazeltine, Phil played in his 11th straight Ryder Cup. It was so cool to have a front row seat.”

Mickelson did not play the U.S. Open last week, staying in California for his daughter’s high school graduation. Mackay was at Erin Hills scouting the golf course in case of a weather delay that might have allowed Mickelson to make his first-round tee time, but it didn’t happen.

Mackay, who had double knee replacement surgery in October, said he is not retiring.