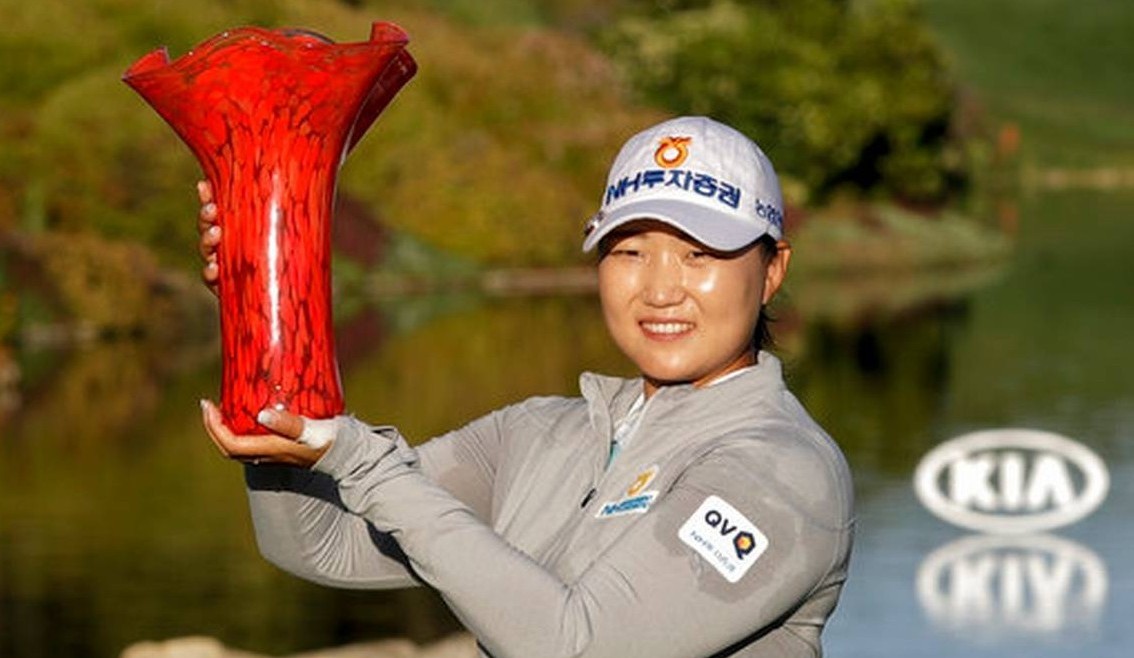 Mirim Lee faltered in the final round two years ago while holding the lead and finished second in the Kia Classic, but not this time.

Lee padded her lead with five birdies on the front nine on her way to a bogey-free, 7-under-par 65 and claimed a six-stroke victory over So Yeon Ryu, also of South Korea, and Austin Ernst at Aviara Golf Club in Carlsbad.

“It’s been a long time to be winner of the tournament,” Lee, who claimed her third LPGA Tour victory but the first since the 2014 Reignwood LPGA Classic, said through a translator. “So I (was) kind of nervous before I start. But I try to focus and then gives me good result.

“When I practiced this course, I think tee shot was most important thing, so I focused on good tee shot so that makes this a good result. … (In 2015), I did not think I was a loser, I just thought I didn’t play very well at that time. So today, I just try to not think about it.”

Lee’s winning total of 20-under 268 matched the tournament record set by Cristie Kerr when she beat Lee two years ago.

Ryu, who has won three times on the LPGA Tour including the 2011 U.S. Women’s Open, had sole possession of second until making a bogey on the last hole to shoot 66 and wound up in a tie with Ernst, who birdied two of the last three holes to close with a bogey-free 67.

Shanshan Feng of China closed with a 65, including an eagle on the eighth hole, and was another stroke behind in a tie for ninth, while In Gee Chun of South Korea was 10 down in 10th after a 72.

Lizette Salas of Azusa carded a bogey-free 65 and finished in a tie for 11th that included Mo Martin of Pasadena and UCLA, who came in at 71.