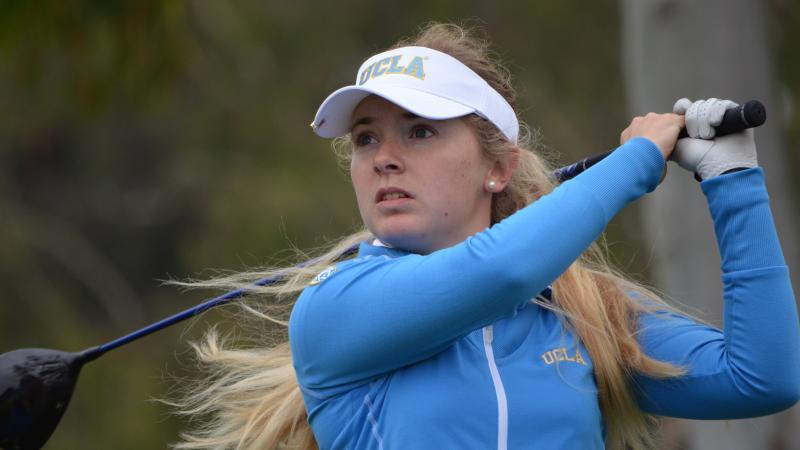 Bronte Law of England was seven strokes behind entering the final round of the European Ladies’ Amateur Championship, but wound up holding the trophy.

Law, who will be a senior at UCLA, birdied the final hole to close out a 6-under-par 66 and beat Leslie Coots of Germany by one stroke at Hooks Golf Club in Hok, Sweden.

‘I had a solid game and the irons felt really good this week,” said Law, who earlier this summer helped England win the European Ladies’ Amateur Championship and went 5-0 as Great Britain and Ireland claimed the Curtis Cup.

“It’s been quite an intense summer. It feels a bit like a story, something you dream of and I couldn’t have written it any better myself, which is very special. It’s quite incredible.”