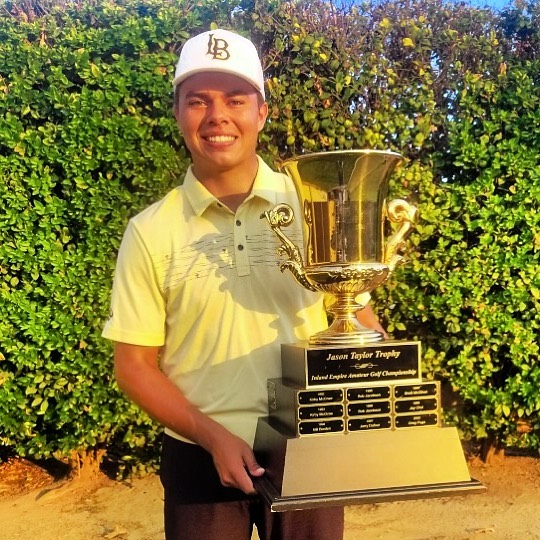 Steven Deutsch of Chula Vista was tied for the lead and decided it was time to make a move.

Deutsch, who is a sophomore at Long Beach State, made two birdies down the stretch and captured the 30th Inland Empire Amateur Championship by three strokes over Jeffrey Kwak of La Mirada at Oak Valley Golf Club in Beaumont.

“Playing three different layouts in three days in this heat took a lot of mental fortitude and it was a grind for all 54 holes,” said Deutsch, who had his mom as his caddie. “Coming into the week, I needed a confidence boost because our first couple of qualifying rounds for the Washington tournament have not been going well for me. Hopefully, this performance is something I can carry forward into the season ahead.

“ … As we were coming up to the 16th green, I told my mom (Petra, his caddie) that I hadn’t made much all day. It was straight up the hill, I gave it a good run, and it found the bottom.”

The first round was played at Morongo Golf Club at Tukwet Canyon in Beaumont and round two at Goose Creek Golf Club in Mira Loma.