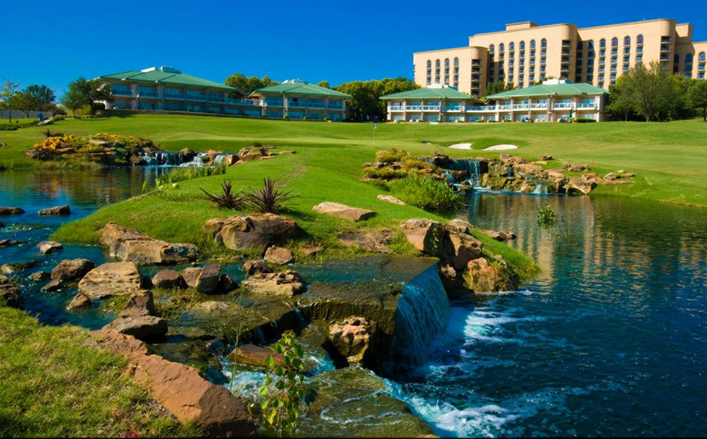 The AT&T Byron Nelson is playing out the string at TPC Four Seasons Resort at Las Colinas in Irving, Texas, this week and will head for the greener pastures of Trinity Forest Golf Club in Dallas next year.

The move was first announced in 2013, before the Trinity Forest course designed by Ben Crenshaw and Bill Coore even existed, and it wasn’t supposed to happen until 2019, but tournament officials simply couldn’t wait.

Perhaps they never got over what was then called TPC Las Colinas (pictured) being voted by players as the worst course on the PGA Tour in an anonymous Sports Illustrated poll several years ago.

“We are forever grateful to Four Seasons and the City of Irving for a long, prosperous partnership that has enabled us to raise over $150 million for Momentous Institute, impacting over 100,000 lives,” David Watson, AT&T Byron Nelson board chair, said when the early move was announced last year.

“We look forward to our tournament’s future and continuing to change the odds for kids.”

The tournament, which dates to 1944 when Byron Nelson captured what was then the Victory Open at Lakewood Country Club in Dallas, has been held at the Four Seasons since 1983.

Perhaps defending champion Sergio Garcia, who also won the tournament in 2004, is the only player who might miss the old course when the move is made.

“I don’t know,” Garcia said when asked where TPC Four Seasons ranks on his list of favorites. “It depends. I guess it all depends on how you’re feeling that week at the end of the day.

“It is definitely a course that I enjoy playing.”

Garcia won with a par on the first hole of a playoff last year after Brooks Koepka hit his drive into the water, and he equaled the record for most victories on the PGA Tour by a Spaniard — nine — set by his idol, Seve Ballesteros.

Garcia, who broke that mark when he claimed his first major title last month in the Masters, also won the 2004 Byron Nelson with a par on the first extra hole to turn back Robert Damron and Dudley Hart.

In 1999, Garcia made his first start on the PGA Tour in Irving at the age of 19 and tied for third. When he won the event the first time, he was greeted by the great man himself, Byron Nelson, as the winners were until Nelson died in 2006.

Last year, Byron’s wife, Peggy, brought Garcia to tears when she told him behind the final green that her husband was looking down “with a big smile and is very happy.”

Said Garcia: “It’s been a very emotional week. Obviously, Peggy finished it off by making me cry, which I didn’t think I was going to do. But it was nice to have that problem.”

Despite any complaints about the course, Garcia is on an impressive list of champions in the tournament, with Tom Watson winning four times, Nelson rival Sam Snead taking three titles and Jack Nicklaus plus Texan Bruce Lietzke winning twice along with Garcia.

Dallas mayor Mike Rawlings has said having the AT&T Byron Nelson at Trinity Forest will put his city “back on the golf map,” and Jordan Spieth and Hunter Mahan have become members of the new club.

However, it will take awhile for Trinity Forest to match that list of champions, from Nelson to Garcia with many other greats in between.