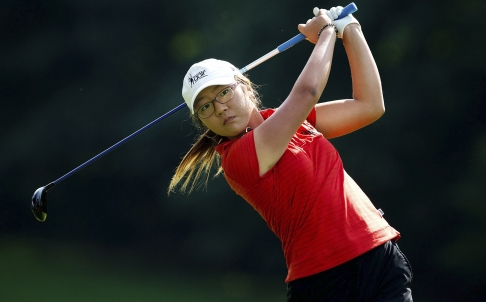 Lydia Ko shot 5-under-par 68 in her first event as an LPGA Tour member to tie for the lead with Meena Lee of South Korea after one round of the season-opening Pure Silk-Bahamas LPGA Classic at Ocean Club Golf Course on Paradise Island in the Bahamas.

The 16-year-old wunderkind from New Zealand, who won four professional events as an amateur and has added one more victory since turning pro, carded three birdies on each nine and made her only bogey at No. 9.

“I think it’s great to be paired along with the world’s greatest players,” said Ko, who changed equipment, coaches and caddies during the offseason. “To play better golf, that’s even better.

“It’s good that I kind of got off into a good start and it will definitely help with the rest of the season. Yeah, I guess change is quite big, but I wanted a challenge.”

Lee, who has won twice on the LPGA Tour but not since the 2006 Fields Open in Hawaii, started on the back nine and holed her second shot for eagle on the 13th hole in a round that also included four birdies and one bogey.

Stacy Lewis, the highest-ranked player in the field at No. 3 in the Rolex Women’s World Golf Rankings, posted a 69 and tied for third with Brittany Lang, Hee-Young Park of South Korea, Austin Ernst, Candie Kung of Taiwan, P.K. Kongkraphan of Thailand, Danah Bordner, Amelia Lewis, Mirim Lee of South Korea and Jessica Korda.