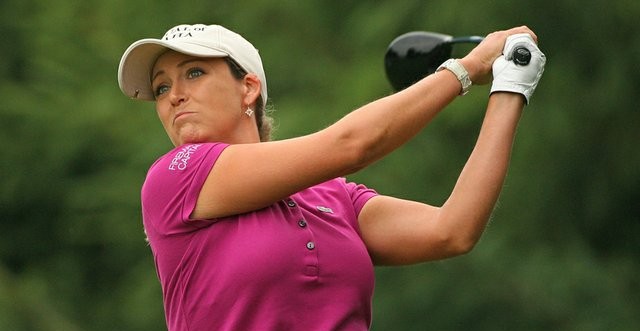 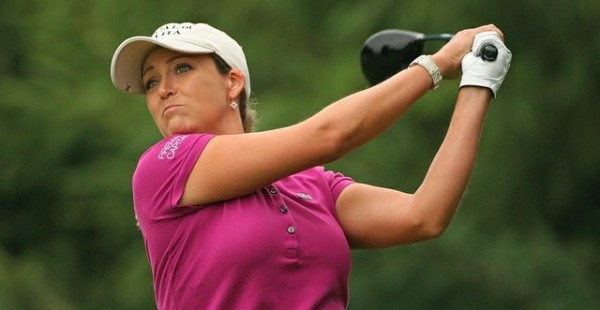 Cristie Kerr posted the low score of the day, a 6-under-par 66, to grab a share of the lead with Ha Na Jang of South Korea heading to the final round of the CME Group Tour Championship at Tiburon Golf Club in Naples, Fla.

The 38-year-old Kerr, who missed several weeks because of a back injury before tying for eighth last week in the Lorena Ochoa Invitational, collected five birdies in six holes after carding her only bogey on the first hole.

“It was good to get some rounds under my belt (last week),” said Kerr, who has won 17 times on the LPGA Tour. “I felt good about my game coming into this week and have a good mental game plan as far as what my feel is, what my routine is, what I’m working on, my rhythm and my short game.

“I’m not going to try to not put too much pressure on myself tomorrow, but I know that I’m a little bit fresher than some people. I know that if I do my work and take care of my job, that I should be right there.”

Jang, seeking her first LPGA Tour victory after winning six times on the Korean LPGA Tour, posted a 69 that included an eight-foot eagle putt on No. 17, four birdies and three bogeys, including one on No. 18.

Defending champion and top-ranked Lydia Ko of New Zealand birdied three holes on the back nine in a bogey-free 69 that left her two shots back in a tie for third with Gerina Piller, who made her lone bogey at No. 18 in a 67.

Lexi Thompson, ranked No. 4, had a 67 and was another shot behind in a tie for fifth with Brittany Lincicome and Karine Icher of France, who both came in at 68.