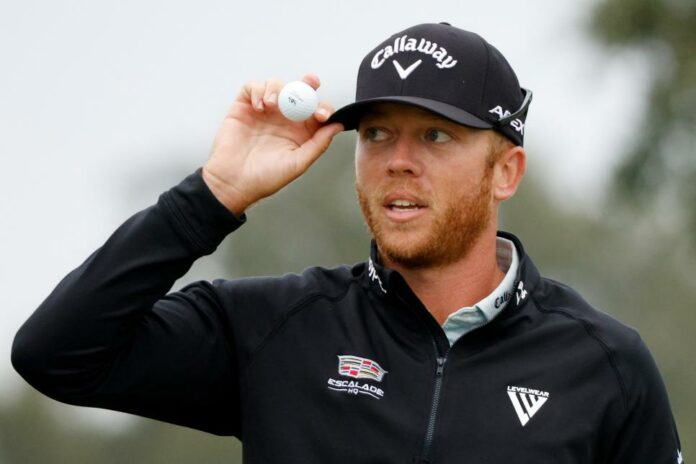 U.S. District Court Judge Beth Labson Freeman on Tuesday ruled against a temporary restraining order filed by three LIV Golf players, who have been suspended by the PGA Tour and were seeking to compete in the FedEx Cup Playoffs which begin this week.

Talor Gooch (pictured), Hudson Swafford and Matt Jones of Australia, among a group of former PGA Tour players who have taken large sums of money to join LIV Golf, filed the restraining order last week in the U.S. District Court for the Northern District of California in San Jose.

“It appears to the court that the LIV contracts, negotiated by the players and consummated between the parties, were based upon the players’ calculation of what they would be leaving behind and the amount the players would need to monetize to compensate for those losses,” Judge Freeman said in her ruling. “I do agree with the defendants (the PGA Tour) that those losses were well known to the players at the time and clearly monetized.”

Judge Freeman made her decision after a two-hour hearing during which lawyers from both sides made their arguments.

After the ruling, LIV Golf released this statement: “We’re disappointed that Talor Gooch, Hudson Swafford and Matt Jones won’t be allowed to play golf. No one gains by banning golfers from playing.”

The players and their attorneys argued in their court filing last week that the PGA Tour defied its internal rules to exclude the players from an event that leads to one of golf’s most lucrative paydays.

The PGA Tour filed a rebuttal on Monday.

“Large bonuses, big purses, substantial retirement plan payments, sponsorship, branding, and important business opportunities are at stake,” lawyers for the players wrote in their motion that sought a restraining order.

It was part of a larger suit by 11 LIV players, including Phil Mickelson and Bryson DeChambeau, against the PGA Tour for suspending them, and that case will go to court sometime in the future.

Carlos Rodriguez, agent for Carlos Ortiz of Mexico, announced earlier in the day that his client has dropped out of the suit.

Other LIV players named in the suit include Ian Poulter of England, Abraham Ancer of Mexico, Pat Perez of San Diego, Jason Kokrak and Peter Uihlein.

LIV Golf is sponsored by the Saudi Arabian government, with two-time major champion Greg Norman of Australia as its commissioner.

The PGA Tour, in its rebuttal on Monday, claimed the suit was “a strategy by the Saudi government to use sports in an effort to improve its reputation for human rights abuses and other atrocities,” and insisted that “antitrust laws do not allow plaintiffs to have their cake and eat it too.”

The first three LIV Golf tournaments, which are played over 54 holes rather than the 72 of the PGA Tour, were contested at Centurion Golf Club in London on June 9-11, Pumpkin Ridge Golf Club in Portland, Ore., on June 30-July 2, and Trump National Golf Club Bedminster in Bedminster, N.J., on July 29-31.

LIV’s next event is scheduled for Sept. 2-4 at International Golf Club in Bolton, Mass., near Boston.