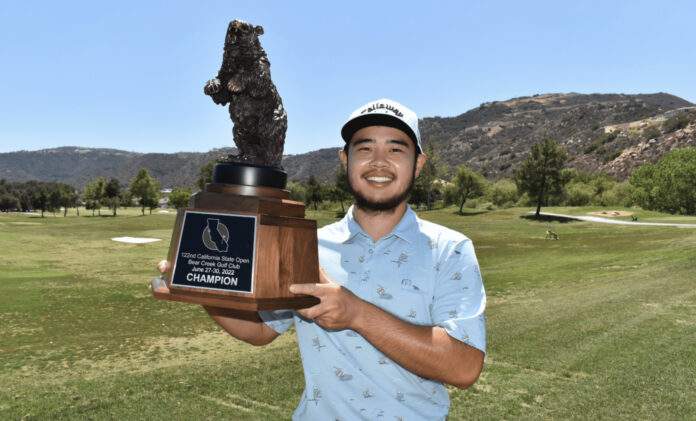 Zihao Jin of San Diego came from six strokes back in the final round to win the 122nd California State Open Championship by two strokes over Michael Block of Mission Viejo and Ryan Ellerbrock of San Diego at Bear Creek Golf Club in Murrieta.

Jin, who recently finished his career at San Diego State by finishing third in the Mountain West Conference Championships, collected four birdies on the back nine in the final round to finish with a score of 65-73-69-66—273, 15-under-par.

“I was just playing my game this week and wanted to see what would happen,” said Jin, who also captured the 2015 American Junior Golf Association Golf Performance Center Championship and the 2020 Coronado City Amateur. “I really like the layout here at Bear Creek and I knew that I would have to make a run to catch up to Michael.

“I texted my caddie last night that it was time to make it happen in the final round, and that’s exactly what we did out there today.”