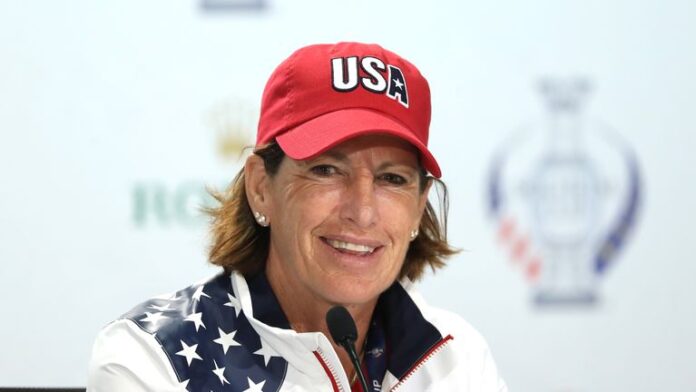 Juli Inkster, who grew up in Santa Cruz and has won 45 times in her professional career, has been named the 2022 recipient of the Bob Jones Award, the highest honor bestowed by the United States Golf Association.

The Jones Award is presented annually goes to someone in golf who displays great character, respect and sportsmanship.

“Juli exemplifies the true nature of this award in every way,” said Mike Whan, Chief Executive officer of the USGA. “The game of golf is better because Juli is in it. She has earned respect throughout her impressive playing career, but more than that, her mentorship to other players has had a tremendous impact on so many.

“We are very lucky to have her in the USGA family and are thrilled to honor her with this prestigious award.”

The 61-year-old Inkster, who claimed seven major championships, continues to play part-time on the LPGA Tour, and captained the United States to victories in the 2015 and 2017 Solheim Cups, before losing to Europe in 2019.

Inkster, who was three-time All-American at San Jose State, now lives in Los Altos Hills and has won four times on the Legends Tour in addition to finishing second in the 2018 U.S. Senior Open Championship.

“It’s surreal,” said Inkster, who won the U.S. Women’s Amateur Championship three straight times from 1980-82. “I mean, Bob Jones is a legend in the golf game, and for me to think that I’m going to be on that trophy with all those other great players and great ambassadors for golf, it’s very humbling.

“Looking back on my career people ask me, ‘What’s your greatest accomplishment?’ One would be the Solheim Cup captain, but the other one would be winning three U.S. Amateurs in a row. Winning 18 matches in a row at three different golf courses in three different years is really hard to do. So that’s really what I’ve been most proud of. And then be able to add a couple U.S. Opens off that.