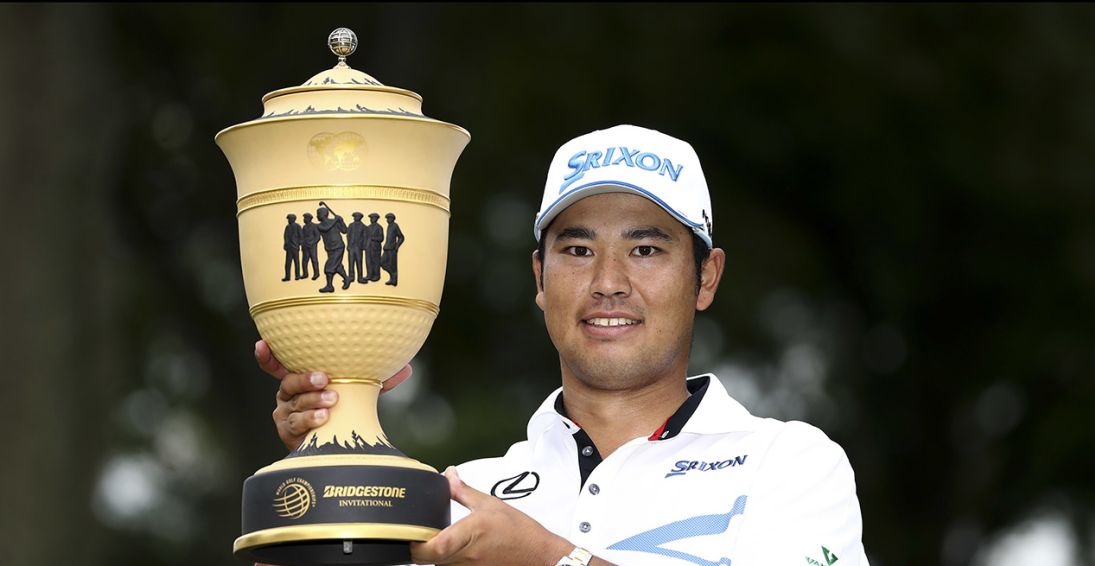 Four years ago, Hideki Matsuyama played alongside Tiger Woods and watched him shoot 9-under-par 61 to win the WGC-Bridgestone Invitational on the South Course at Firestone Country Club in Akron, Ohio.

So the 25-year-old from Japan knew exactly how to shoot the same score in the final round on Sunday to beat Zach Johnson by five strokes and claim his seventh victory around the world since the beginning of 2016.

“I just couldn’t believe that anyone could shoot 61 on this golf course,” the third-ranked Matsuyama said through an interpreter of watching Woods dissect the South Course in 2013. “I knew 61 was the number today. I was thinking about that at No. 16. I knew if I birdied Nos. 16, 17 and 18 (which he did) I could get there.

“ … You wouldn’t believe it with how I warmed up this morning. I was not hitting it well on the range. I did hit some good shots, but I was nervous all the way around because I really wasn’t sure of my swing today.”

Johnson, the 54-hole leader, virtually was run over by Matsuyama while closing with a 68, while Charley Hoffman of Poway finished six shots back in third after a 66 and Thomas Pieters of Belgium, who shared the third-round lead with Johnson, was eight back in fourth following a 71.

Fourth-ranked Rory McIlroy of Northern Ireland carded a 69 to finish nine behind in a tie for fifth with Paul Casey of England, who had a 67, Russell Knox of Scotland, who totaled 68, and Adam Hadwin of Canada, who wound up at 69.

Rickie Fowler of Murrieta was 10 down in solo ninth after a 66, while Thorbjorn Olesen of Norway shot 65 to wind up another stroke back in a tie for 10th with Hudson Swafford, who had a 66, and Scott Hend of Australia, who struggled to a 73.

Second-ranked Jordan Spieth tied for 13th with a 68, top-ranked Dustin Johnson shot 66 to finish in a tie for 17th that included eighth-ranked Henrik Stenson of Sweden, who totaled 67, and 10th ranked Brooks Koepka, who came in at 70.

Seventh-ranked Jason Day of Australia tied for 24th with a 71, sixth-ranked Jon Rahm of Spain and ninth-ranked Alex Noren tied for 28th after 68s, and fifth-ranked Garcia closed with a 67 to tie for 39th.