Golfers Who Go to La Purisima Come Back for More 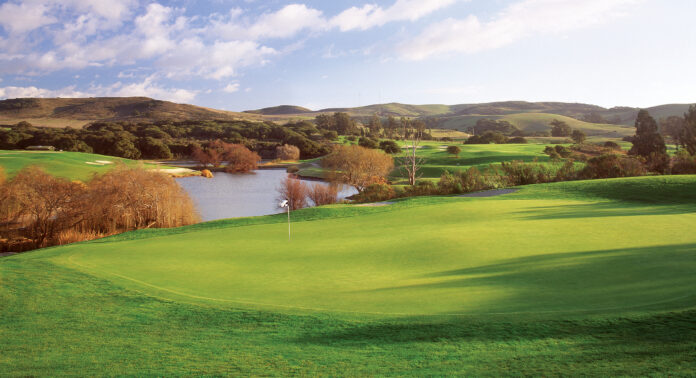 La Purisima Golf Course in Lompoc, located 30 miles north of Santa Barbara in the Santa Ynez Valley, has been one to the top destinations in Southern California for golfers from all over the map since it first opened in 1986.

Designed by Kenneth Hume Hunter Jr. with help from noted golf course architect Robert Muir Graves, La Purisima plays to 7,105 yards and a par of 36-36—72 with a rating of 143 from the back tees, but there are six sets of tees which make the course playable for golfers of all abilities.

“I have played a lot of golf in California, from Tijuana Country Club (featuring nine holes designed by Alister MacKenzie) to the Links at Bodega Harbour north of San Francisco, and I truly believe, if you factor in greens fees, course design, degree of difficulty, natural beauty, overall course conditions, lack of crowds and speed of play, that La Purisima is the finest golf course open to the public in the entire state,” noted golf course critic Rex Pickett said.

Added Ron Whitten of Golf Digest: “If you want to understand and appreciate the work of the late Robert Muir Graves, I recommend you play La Purisima. Then see if you can design a better course on that land.”

La Purisima is located not far from the Pacific Ocean, so the front nine plays toward the East with the wind at the golfer’s back. Then the course turns back toward the West and the back nine plays into the ocean breeze, and sometimes wind, back to the clubhouse.

Among the featured holes is No. 3, a 158-yard par-3 which requires a precise tee shot that plays over water to a shallow green, and also on the front nine is a run of three outstanding holes in a row—the No. 1 handicap hole, the 433-yard, par-4 fifth, followed by the 566-yard, par-5 sixth and the dogleg left 427-yard, par-4 seventh.

La Purisima has twice received four and a half stars from readers of Golf Digest, including in 2004, when only Pebble Beach Golf Links ranked higher, and at one time Hunter’s course in Goleta was ranked as the 33rd most difficult course in the United States.

Locals have something of a love-hate relationship with La Purisima, which they have nicknamed “La Piranha,” but they always come back for more.